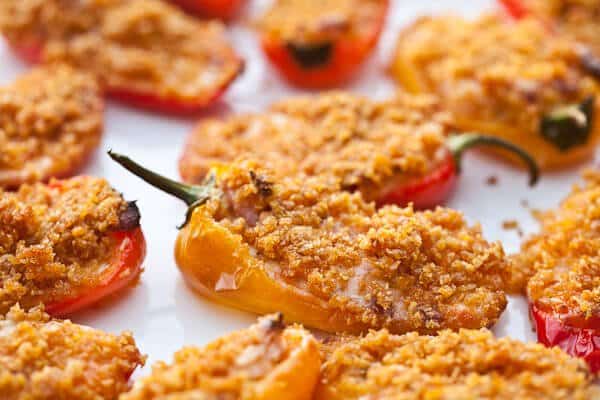 It’s taken me thirty-ahem-something years to try a jalapeno popper for the very first time. Poppers have always been one of those things that just didn’t seem so appealing – I blame it on bad crab rangoon, which has certain similarities to the popper. Sure, both have qualities that I whole-heartedly embrace in other foods — they’re deep fried (hello potato chips!) and made with cream cheese (hello cheesecake!) 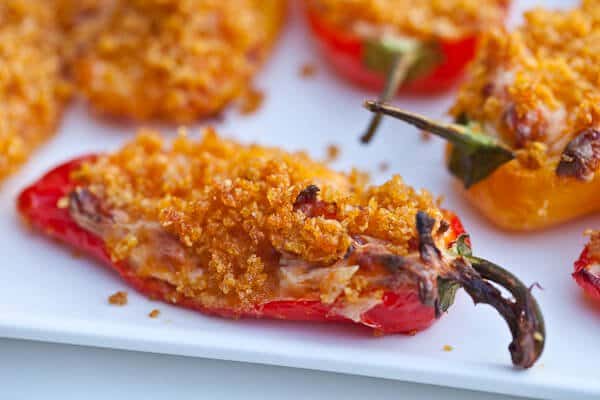 But the bad crab rangoon incident that happened waaaay back when we used to live in Nebraska, I was probably 6 years old, will haunt me forever. Let’s just call it food trauma. So therefore, I just lumped jalapeno poppers in the same food trauma category. 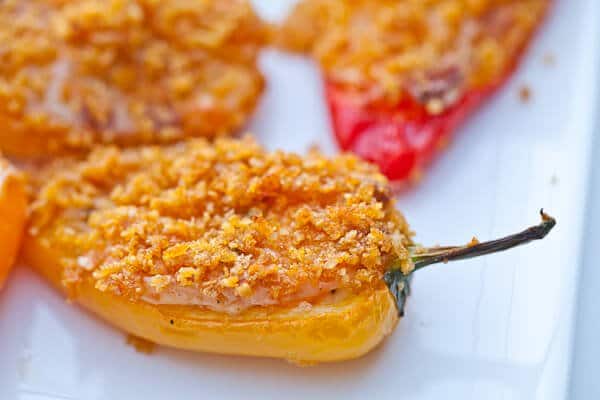 Just a few months ago, when Elise, Ree and I hosted a little shindig at BlogHer Food at Le Cordon Bleu, the vast buffet included jalapeno poppers, except that I was so preoccupied with hosting duties that I didn’t realize what it was when I plopped it on my plate.

So perhaps I need to revisit the list of foods in the “trauma” category, including those damn crab rangoons, because I can’t believe that I’ve been missing out all these years. 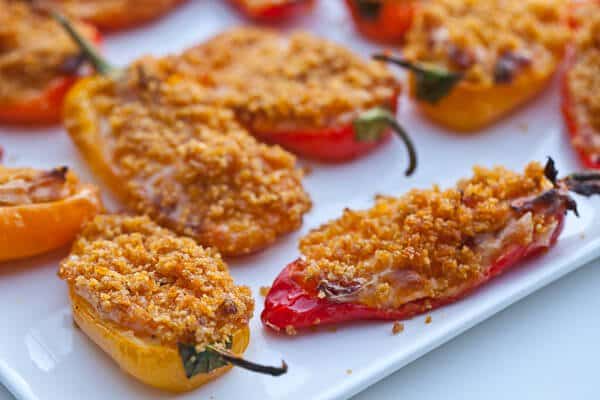 My version of poppers are a little different — okay A LOT different. Instead of using jalapenos, I picked up a peck of pickled peppers bag of sweet mini peppers, so that my kids could eat them too. Plus, it was on sale. $2.79 for that entire bag. So sweet, just like red bell peppers. 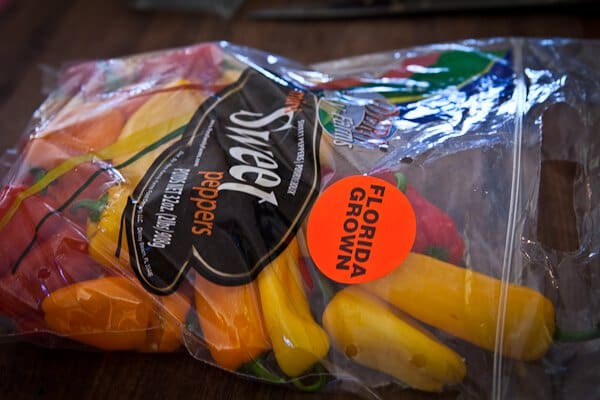 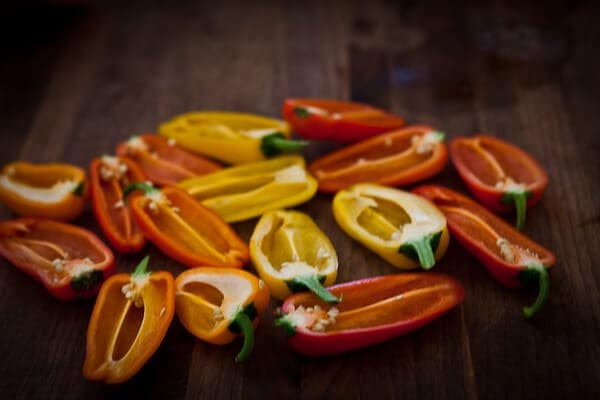 I added bacon to the cream cheese and cheddar cheese mix…. 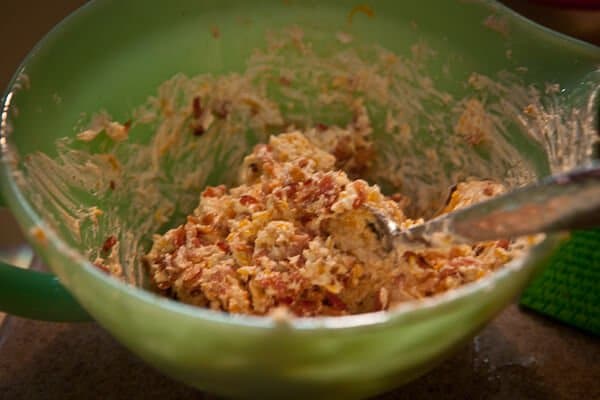 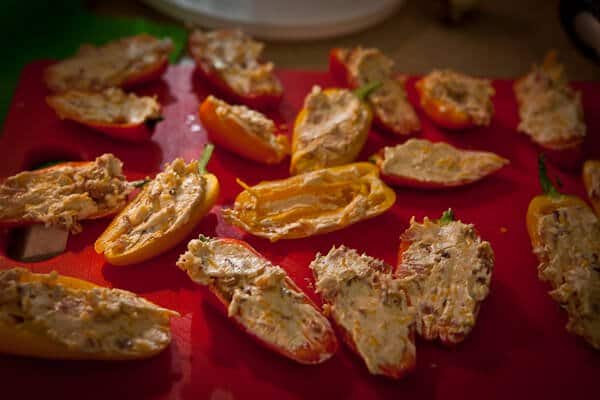 Instead of breading them in bread crumbs, I used Kellogg’s Corn Flake Crumbs. 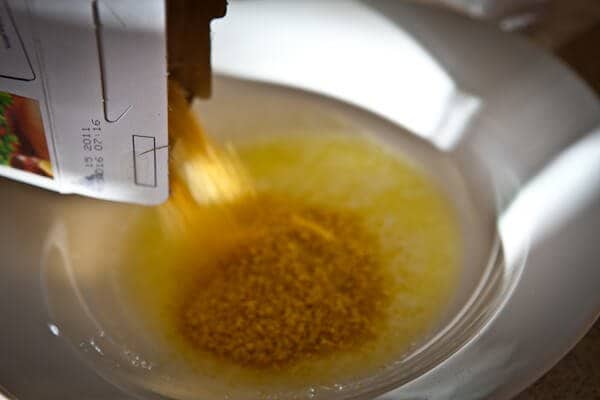 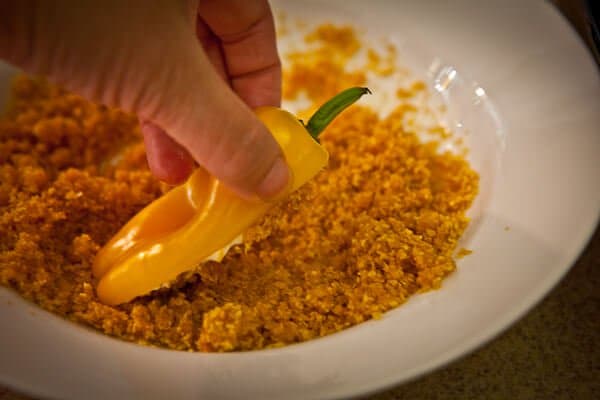 Lastly, I baked them instead of deep frying. Just a note – the decision to bake rather than fry has nothing to do with less calories — it’s stuffed with cream cheese and cheddar cheese for goodness sakes! It was easier for me to pop them in the oven instead of heating up a vat of oil. 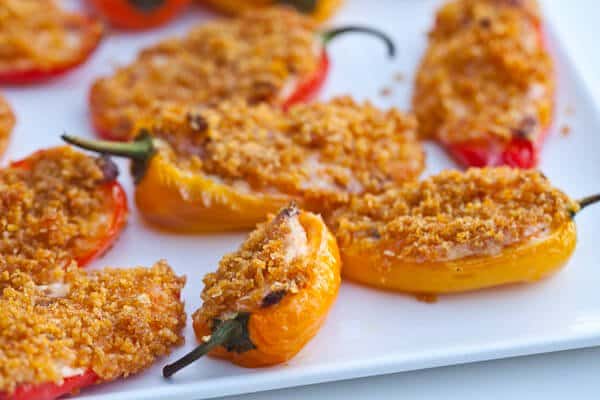 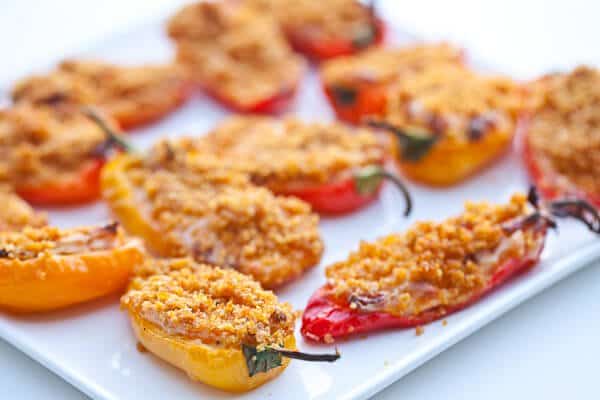 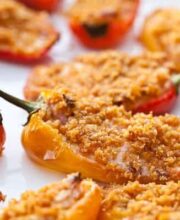 1. Preheat oven to 375F. Slice each sweet pepper in half lengthwise. Use your spoon to scoop out any seeds and some of the rib to make a nice, clean boat.

2. Cook bacon to crisp (you can use a microwave - place bacon between paper towels, microwave 3-4 minutes or until crisp). Mince cooked bacon. In a bowl, mix together the bacon, cream cheese, cheddar cheese and Cajun seasoning. Spoon cheese mixture into each sweet pepper.

3. Melt butter in microwave, stir in the bread crumbs. Hold each popper and dip cheese side down into bread crumbs. Bake 375F for 20 minutes or until cheese melty and bread crumbs crusty.