My girlfriend and I cheated on our husbands and dated a crazy Gnome, who hosted our trip.


Wendy, one of my best friends and I were whisked away to NYC for a 4-day vacation to celebrate NYC Restaurant week, featuring over 200 restaurants in NYC with prix fix $24.95 lunch and $35.00 dinners. Fancy restaurants like Nobu, Bar Basque, Adour Alain Ducasse and Aquavit participate! UPDATE: Restaurant Week has been extended until Feb 27, 2010

What we didn’t expect was the crazy cold weather – we’re Florida girls and we’re used to flip flops in January. In fact, this was taken a couple of weeks ago: 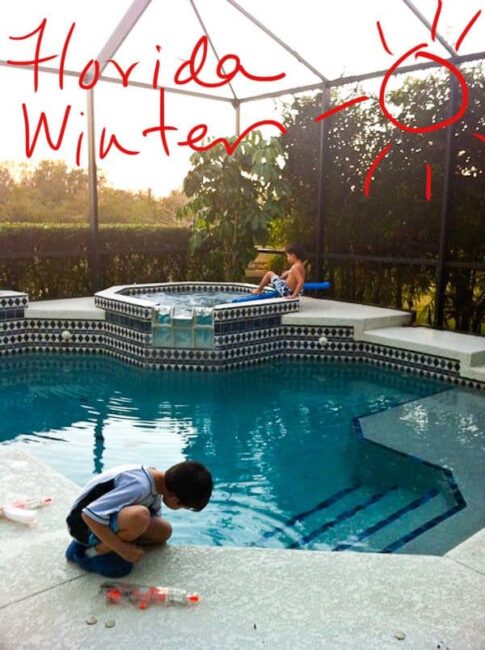 And this was NYC when we arrived, in between 2 huge storms. 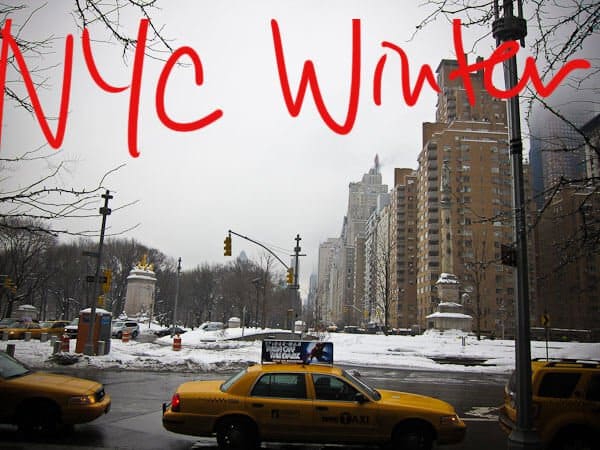 So we bundled up as warm as we could – I have like 24 layers on – which meant that I couldn’t button up my big coat. Which meant that the 24 layers were useless. That hats? Useless because they didn’t cover our ears. 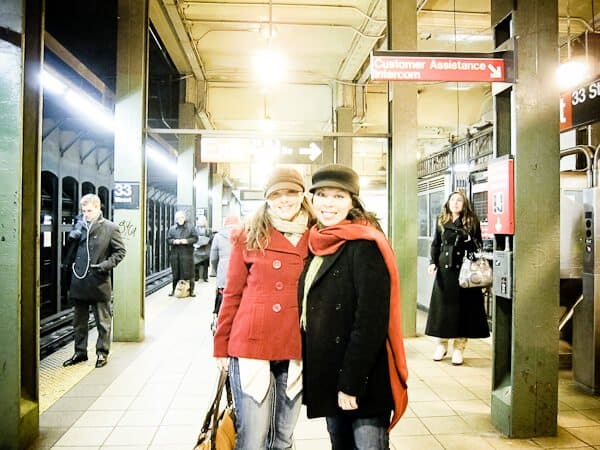 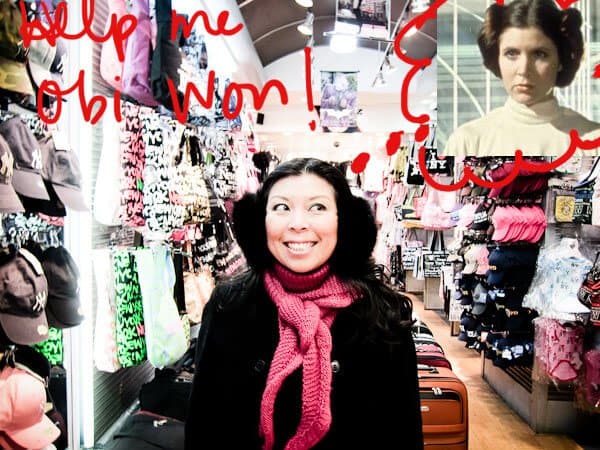 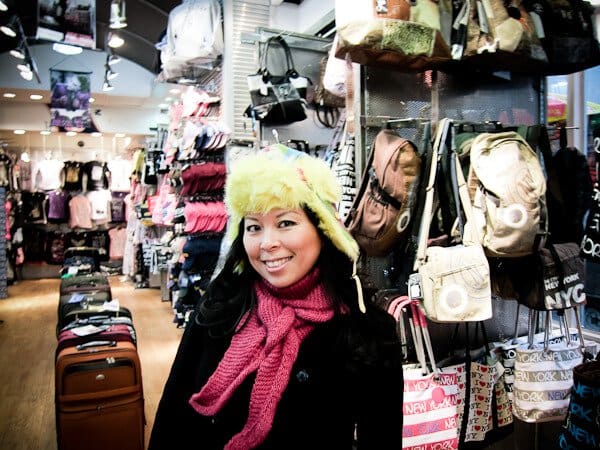 Another made me look like a Smurf, which actually might not have been too bad, since we were going on a date with the tall hat-happy Gnome.

But in the end, we ditched the whole hat idea (vanity trumped warmth) and it was okay. 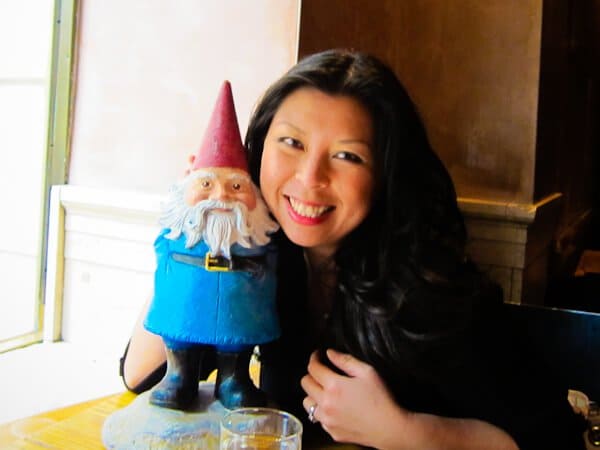 When our date finally arrived (he was late and I thought he stood us up!) he was so incredibly polite – what a gentleman. 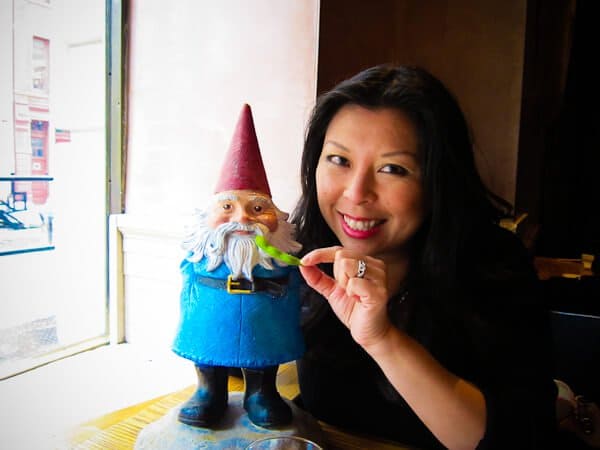 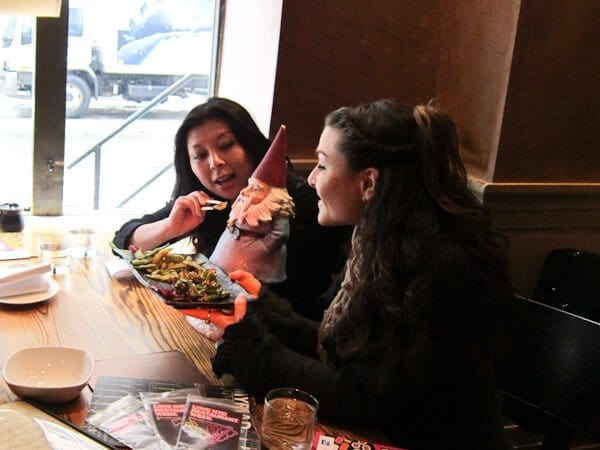 Our first of three dates was at the famous Nobu Restaurant. 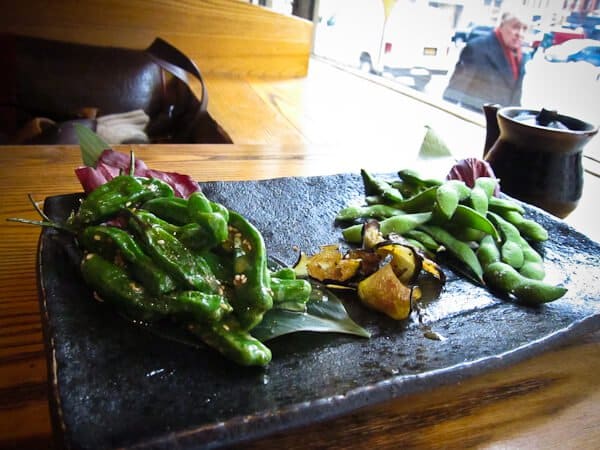 Yellowtail Sashimi with Jalepeno, one of Nobu’s classics. The sauce is a mix of 2 parts yuzu and 1 part soy sauce. 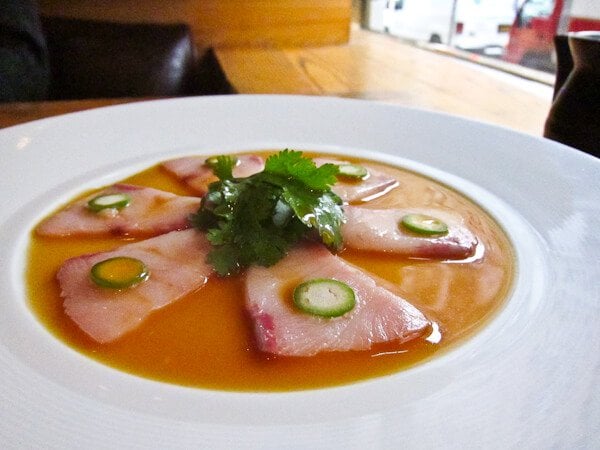 A decadent treat – Bigeye & Bluefin Toro Tartar with Caviar (I forgot what the little fruit’s name is). Time stood still when I savored this dish. 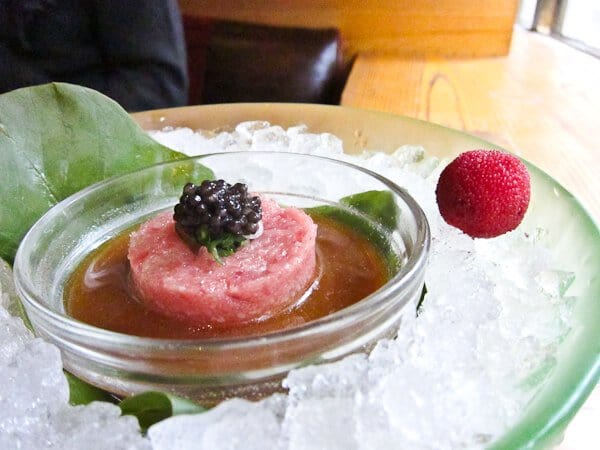 Squid “pasta” with Japanese Mushrooms, Mini Carrots, Asaparagus – there’s no real pasta in this  dish, the squid is cut and sliced so that it curls into a tubular penne shape. 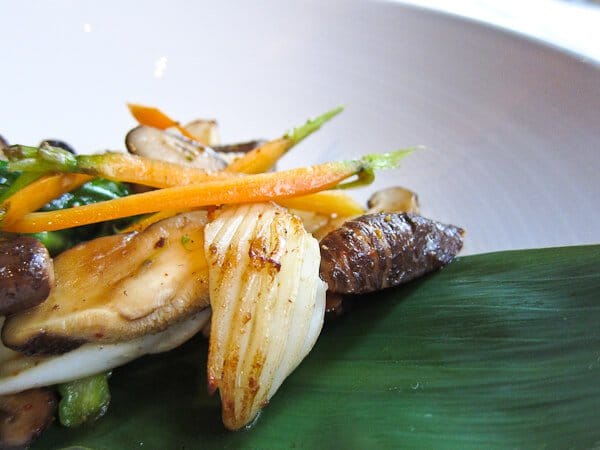 Salmon Skin Sushi – the outside is hand cut daikon skin. There’s also one of my favorite sushi ingredients of all time, pickled gobo (burdock root). 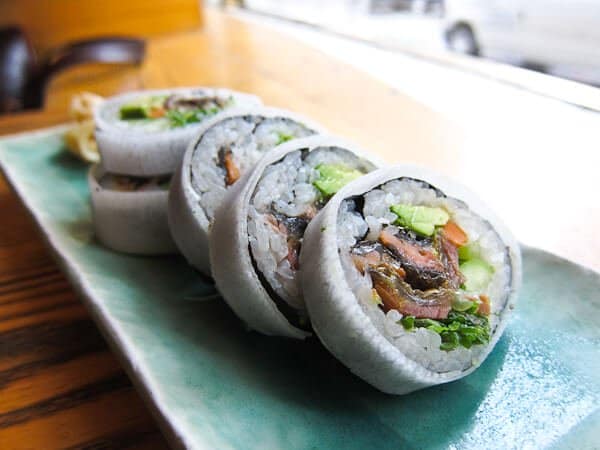 And finally, the best steamed fish I’ve ever had, it was steamed with a Chinese black bean sauce mixed with Japanese sake. 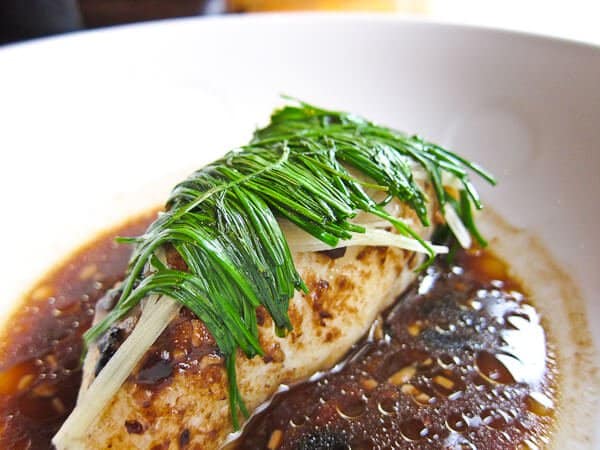 *NOTE*
While Nobu restaurant uses Chilean Sea Bass, it’s not recommended. In fact, it wasn’t until I published this post did my friend remind me that Chilean Sea Bass is on the “severely overfished” list. DUH! I knew that.

Which goes to show you that even I get caught up in the excitement of an amazing restaurant menu and have a lapse of judgement. Bad.

Fish talk aside, I love the flavors of this sauce – salty black bean sauce with Japanese sake (use a dry sake, not sweet) and flaky, light steamed fish is a great combo. The sake calms down the sometimes pungent black bean. If you don’t have chives, sub with thinly sliced green onion. 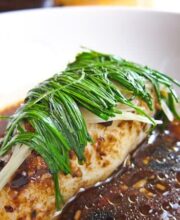 Nobu The Cookbook by Nobuyuki Matsuhisa

For a healthier version - cut down the amount of olive oil/sesame oil by half.

1. Season the fillets on both sides with salt and pepper. Spread the tops with black bean paste. Place fish into heatproof dish, add sake and steam for 10 minutes over high heat in a steamer.

2. While fish is steaming, use a vegetable peeler to slice the ginger into very thin slices, then use knife to julienne into thin slivers.

3. When fish is finished, remove the dish from the steamer and pour the accumulated cooking liquid onto a large deep plate for serving. Top the ginger slivers and the chives over the fish.

4. In a small frying pan, heat up the olive oil and sesame oil until just before it begins to smoke, then pour it over the fish. The chives and ginger should sizzle.

5. Transfer the fish to the plates containing the reserved steaming liquid and serve.