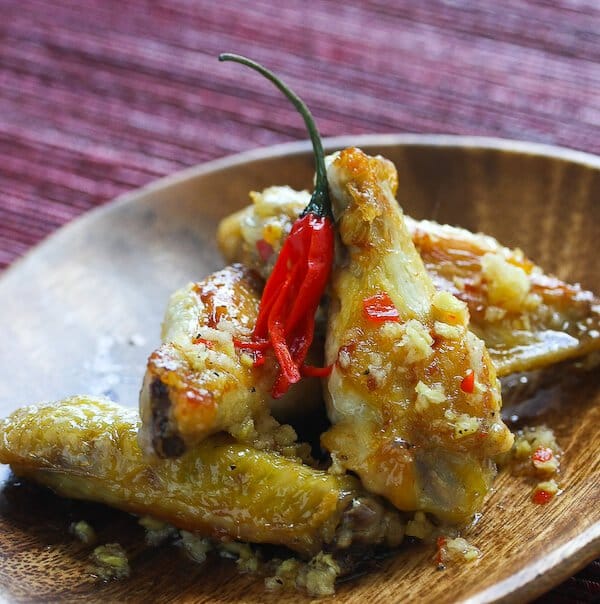 I was lucky enough to share the green room with Chef David Chang of Momofuku while we were both cooking on View From The Bay television show in San Francisco. If you’ve never heard of David Chang, he’s the guy that Anthony Bourdain calls the one of the best chefs in the world.” And if you’re familiar with Bourdain, the bad-boy of food television, you can insert a couple of f-bombs in that sentence. In fact, you could probably throw in a few f-bombs for Chang as well.

Back in the green room, David was sprawled out on the couch in slouchy jeans, sleepy eyes, head in hands moaning, “Damn, I’m so hung over,” and his co-author Peter Meehan chimes in, “yeah, we drank about 100 shots last night.” And here I am sitting perkily on the other couch, amped up on an energy drink, in my perfectly pressed shirt, sparkly silver jewelry and 12-ounces of hairspray. 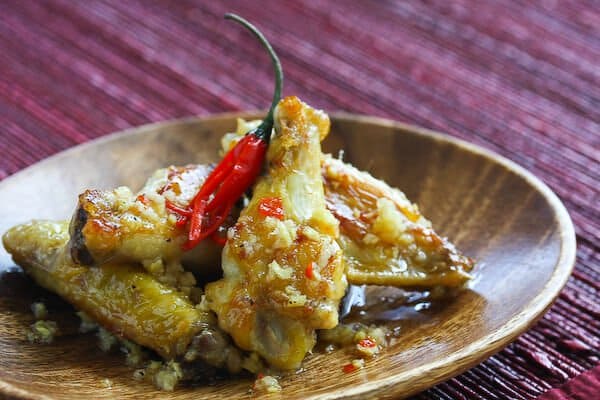 Was I intimidated, being in the presence of the most talked about restaurant chefs in America? Not one bit. And it had nothing to do with my Red Bull wings. David Chang is so down to earth, warm and big-brother friendly (uh…wait. I think I’m older). We exchanged signed cookbooks, a big hug and even a smiley photographic moment. 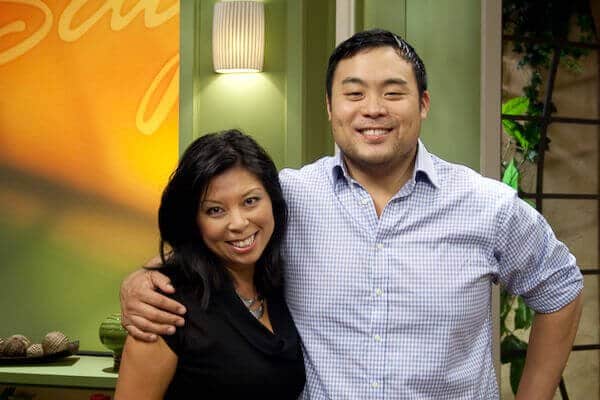 To get a glimpse of Chang’s brilliance, pick up his

Momofuku cookbook where he reveals recipes from three of his restaurants including his famous pork belly buns recipe. While most of the recipes aren’t really practical for the average home cook (anyone know where I can get a whole pig’s head?) the ones that are simple enough are worth the price of the book. We made the Octo Vinaigrette recipe and tossed them with baked chicken wings (instead of twice-fried, 10-step version that’s in the book) for one of the very best chicken wings I’ve ever laid lips on. 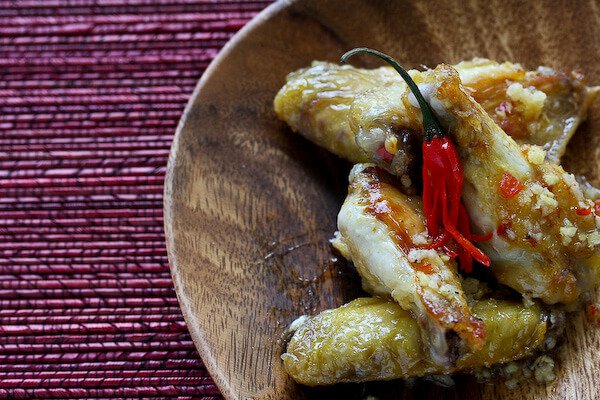 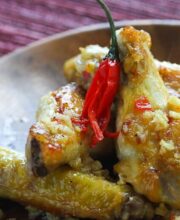 Servings: serves 4 as appetizer or snack

2. While chicken is baking, make the vinaigrette. Combine together the remaining ingredients in a large bowl (large enough to fit all of the wings)

3. Toss the chicken wings in the vinaigrette to coat.

For dessert, why not try David Chang’s Crack Pie? Only Martha Stewart could wrangle the recipe.