Thank you to our first round of official Steamy Kitchen Recipe Testers for testing out these incredibly delicious French Onion Steak Sandwiches. Today we are giving away a $50 dinner party gift card and a signed copy of The Secret Ingredient Cookbook written by Kelly Senyei.

This is the perfect recipe to get you into the summer mood. With Summer Solstice right around the corner, this will be your new go-to summer sandwich. They are incredibly flavorful and juicy. Everything you want in a sandwich and more! 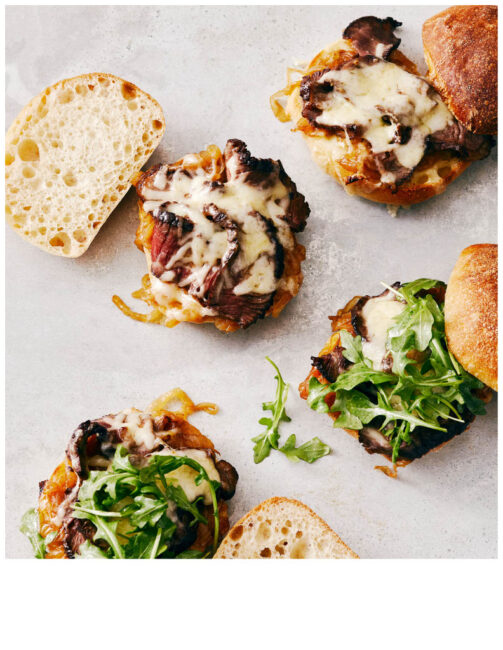 This incredibly decadent recipe is from Kelly Senyei’s brand new book, The Secret Ingredient Cookbook, and the key and secret ingredient to these perfect sandwiches are a package of onion soup! The foiled lined packet of yummy powdered flavorings that we are all very familiar with and that you will often see in your traditional holiday dishes. 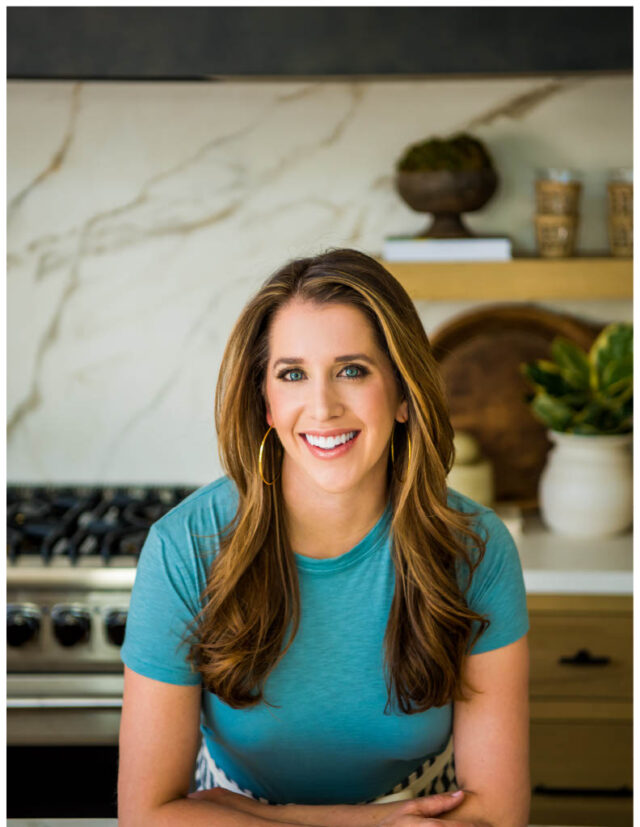 The onions get caramelized in butter halfway, then the onion soup mix is added to finish up the caramelization process. These perfect caramelized onions are given new life when the onion soup mix becomes mixed in and adds the perfect punch of bite and flavor to your steak sandwiches. While your onions are cooking, you are able to sear off your steaks until they reach a perfect 130F, which should only take about 8 minutes. Once the onions are finished and the the meat is perfectly cooked, the rest of the sandwiches come together in just moments. Finish off your sandwiches with a generous portion of gruyere cheese 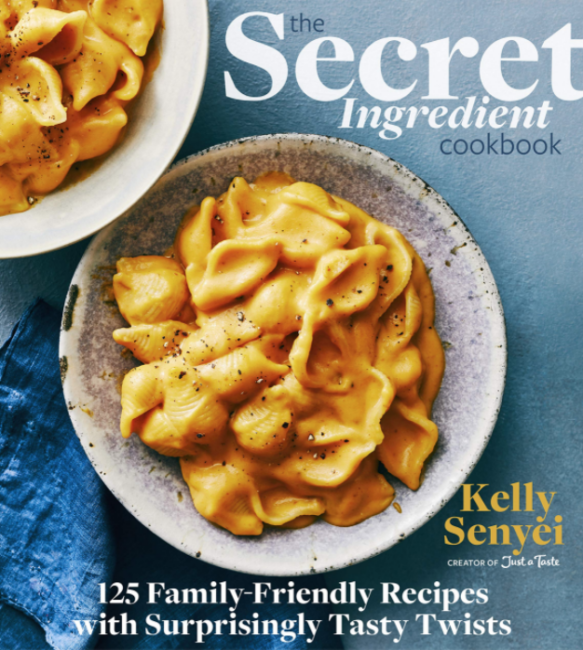 How To Make These French Onion Steak Sandwiches Ahead of Time

The next day, 30 minutes before assembling our sandwiches, I pulled the steak and onions from the fridge to come down in temperature. While I preheated the oven, I thinly sliced the sirloin steaks and grated the cheese. Then, I popped my rolls in the oven and tossed my arugula salad ingredients in a bowl. Having the onions and steak prepped ahead of time made the rest of the recipe come together in just moments! We assembled our French Onion Steak Sandwiches, sat down with a cold beer and we were thoroughly satisfied!

This Recipe is Tested by Our Steamy Kitchen Recipe Testers! Read Reviews Below! 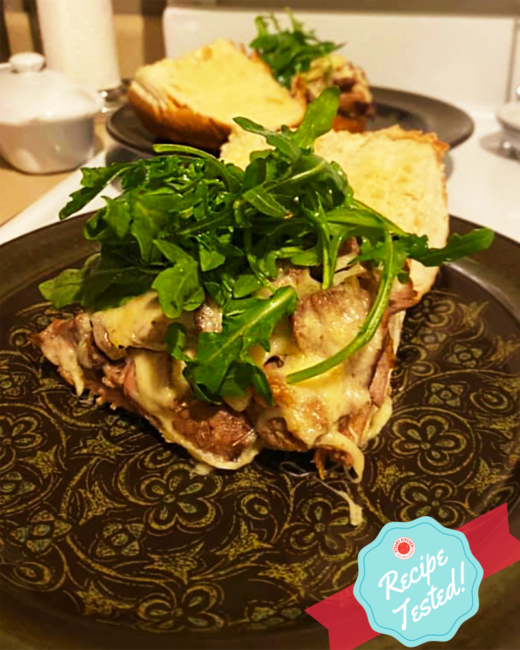 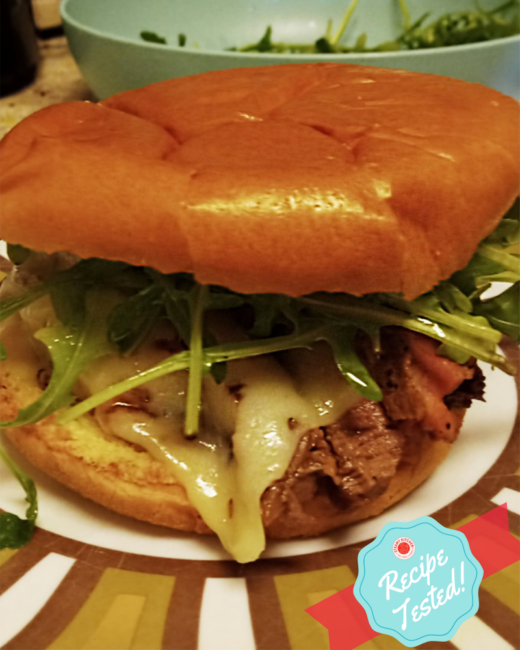 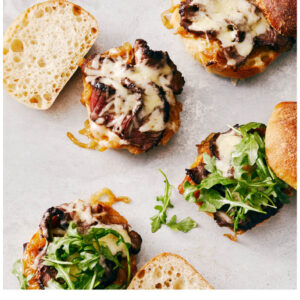 Keyword Cookbook Review, Giveaway, Sandwiches, skirt steak recipe
Tried this recipe?Let us know how it was! 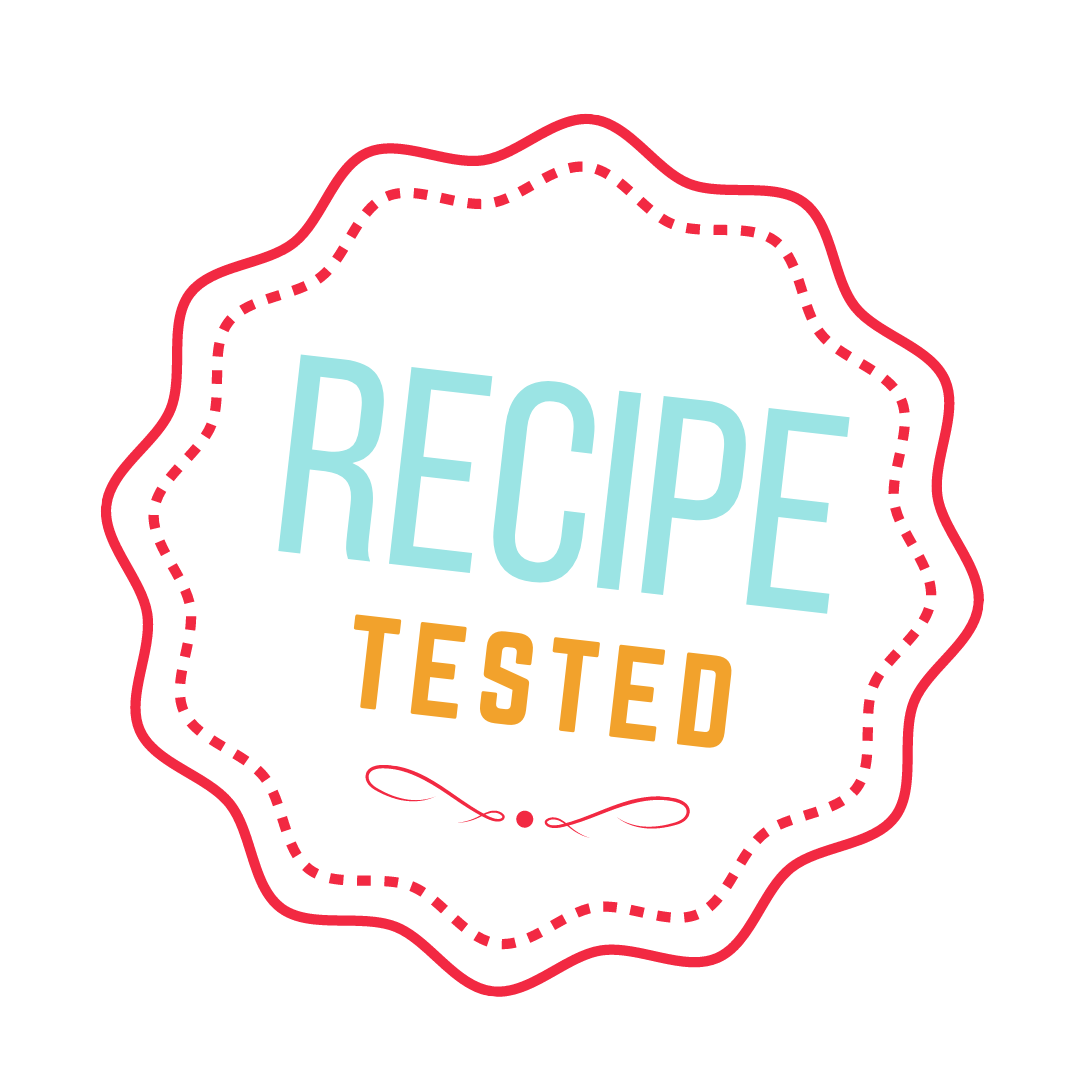 Marie Egerton: So, we tried this swapping out the olive oil for hemp seed oil, and it was delicious. A small note, I would suggest broiling the base part of the bun plain in the oven for a minute before topping and melting the cheese. (There is plenty of butter in the bun so no need to add that)

Viv Taylor: A truly easy recipe that’s absolutely delicious! I made this for my bf and his two friends and they all loved it. In fact, they all agreed it was restaurant quality good! The dressed arugula was the perfect touch, adding a light citrusy tang that really compliments the richness of the cheese. I tried to follow the recipe as written, but I didn’t have French rolls and just used a loaf of French bread cut into sandwich size. I think it was a little too “bready” as a result. One person suggested adding au jus to help with the “breadiness”, or if you like your sandwich a little more saucy. Second, I added a thin layer of butter on the both the top and bottom halves of bread before broiling.

And lastly, it wasn’t in the recipe to warm the top halves with the bottom ones, but I did assuming that it would be recommended. Overall, the sandwiches were a hit and I will 100% make again!!

Evelyn Achuck Yue: Tried the French Onion Steak Sandwiches recipe on my family tonight. It was a big hit! I used rib eye steak and French bread instead. I hollowed out the bread a bit so the that it wouldn’t be too “bready” and had a nice ratio of the steak, onion, cheese and arugula. The onion powder mix was the secret ingredient that gave the onions and sandwich a nice umami flavor! Initially, I was concerned that the kids may not like arugula but that wasn’t the case. The lemon and oil gave the arugula a nice refreshing taste without the bitter and peppery taste of some arugula. Will make this recipe for the family again!

Kim Semsel: Made with portobello mushroom caps. Used Gouda cheese. My husband is wolfing it down! The onions make a difference.

Carol Hays: It came out very yummy!! Interesting idea to use the Onion Soup mix!

Enter to win the $50 Gift Card to put towards your own dinner party and a copy of Kelly’s Book! 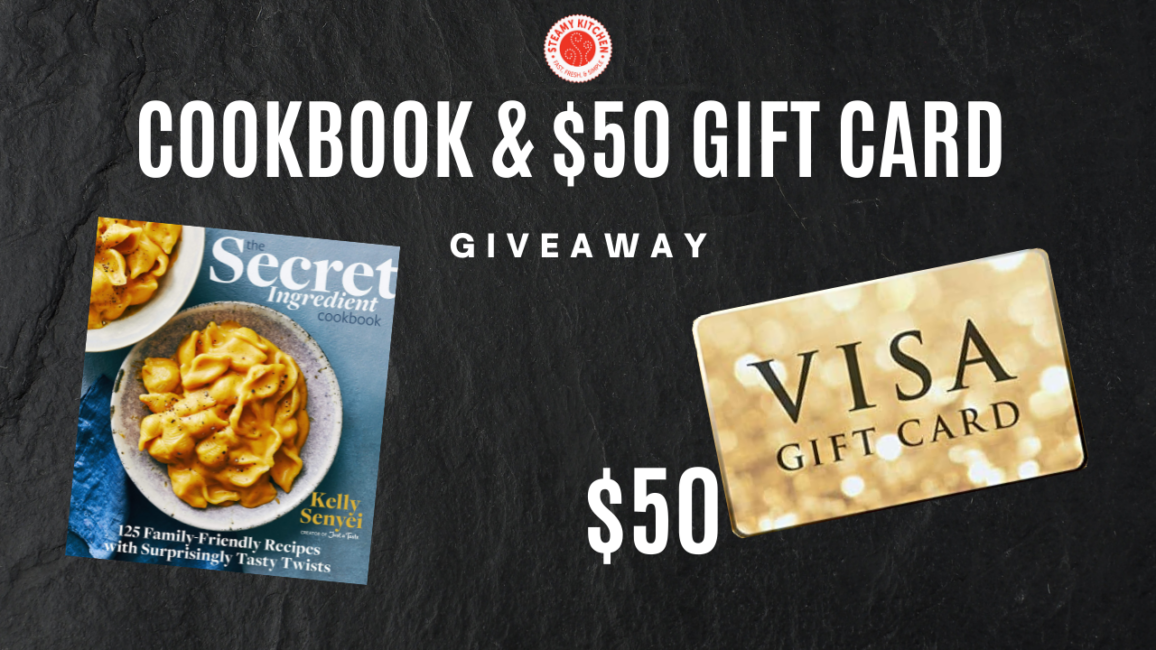