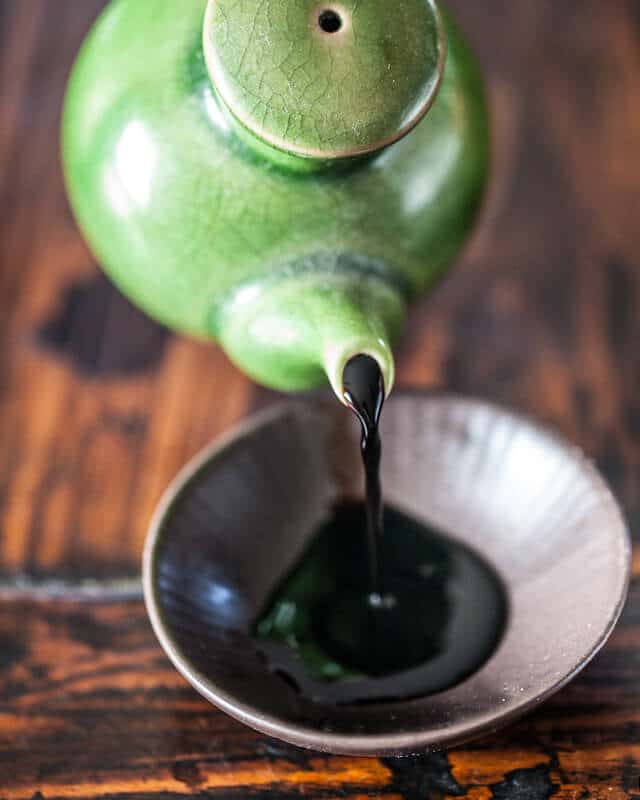 Since starting Steamy Kitchen, I’ve been making it a point to learn about the people behind the products that I feed my family. Not only is the quality of the product important, but the integrity and goodness of the team is, too. Kikkoman asked me to watch this documentary called Make Haste Slowly: The Kikkoman Creed, which was directed by Academy Award-nominated filmmaker Lucy Walker. The 24-minute documentary tells the story of Kikkoman’s rich heritage and the family creed that has shaped the company for over 300 years. At first I didn’t quite know what to expect from this film, but I was so surprised and interested in all the rich family and company history that they talked about. I want to give you a run-down of the interesting parts so that you might appreciate this company the way I do.

Kikkoman is a family-run company started by a woman at a time when women didn’t start companies. It has been in business for 19 generations! The recipe for Kikkoman’s soy sauce has been handed down along with a family creed, which is a set of 16 guidelines.

Some Interesting Points from the Documentary

Truly inspirational! And now about the best part — Kikkoman and Steamy Kitchen are pairing up to offer a Sweepstakes to win a $1000 Visa gift card to be used towards cooking classes!! Just answer the following question: If you were going to pass down a heritage family recipe, what would it be?

This sweepstakes is sponsored by Kikkoman and BlogHer. This isn’t like the normal sweepstakes that I run, so please read through these guidelines. No duplicate comments.

You may receive (2) total entries by selecting from the following entry methods:

This giveaway is open to US Residents age 18 or older. Winners will be selected via random draw, and will be notified by e-mail. You have 72 hours to respond; otherwise, a new winner will be selected.

The Official Rules are available here.

Be sure to visit the Kikkoman’s brand page on BlogHer.com where you can read other bloggers’ reviews and find more chances to win! You can also visit Kikkoman to see the documentary and products that they have in store for you!