If there’s one thing that I absolutely cannot stand, it’s wasting vibrant, perky produce. But when a recipe calls for only 1 tbl of fresh, minced herb and the store only sells them in gargantuan bunches, my palms sweat as I begin planning my week’s menu all around this stupid little herb, just so every last bit of it gets used. Cooking is no longer fun when I have to come up with concoctions like Chocolate Parsley Ice Cream, Oooey, Gooey, Caramel Oregano Buns or even Lucky Charms with Marjoram Sprinkles just to avoid the guilt of being a wasteful human being and risk bad veggie karma.

Wouldn’t it be cool if produce stores sold herbs by the fraction of an ounce? Like, I could go and pinch a teeny, tiny little bud of dill that weighed 2 grams, because that’s all the recipe called for. I’d gladly pay double the price just so I don’t have to open my refrigerator door and have this dill monster shaking its now soggy, flaccid fist at me, screaming, “Curse you, vegetable sinner!”

Last fall, inspired by my friend, Jan, I began planting my own herb and vegetable garden to combat this problem. I had visions of running outside on a whim, caressing my beautiful, lively herbs, inhaling its sweet, grassy fragrance, and only plucking what I needed for tonight’s supper. Dreamily, I purchased 3 tomato vines, 6 different herbs, a selection of 4 gourmet lettuces, broccoli, 3 chili peppers, and 3 lime trees. I could hardly wait!

It’s been 4 months. So, you wanna know what really happened? Well, the plants grew fast and furious – the tomatoes shot up 3 feet in one month and started popping out hundreds of green tomatoes, the herbs went hopping mad and took over the entire side of the lanai, especially the mint, which began its hostile takeover of garlic chives. The colossal broccoli leaves cannibalized all available sunlight and left poor chili peppers to crane its neck this way and that just to reach a spot of warmth.

The garden totally consumed me – from figuring out what to do with a bucket of lettuce leaves every other day to scolding mint bully to back the hell off of chives. I began giving away bouquets of herbs to friends, neighbors, the mailman. I left bags of tomatoes in unlocked cars at the gas station. I hid herbs in my purse, pouncing on anyone browsing in the herb section, “Hey, ya want some free herbs?” And no, Thai Basil is not smokable.

It was bad, outta control bad. Thankfully, the “Giant Arctic Florida Freeze of 2008” happened in January and the frost took down about half of my crops.

BEFORE AFTER ARCTIC FLORIDA FREEZE 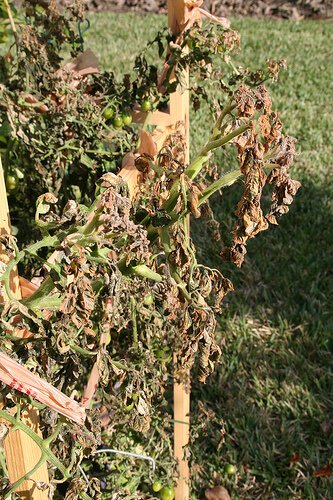 I KNOW! I KNOW! Slap me. I bragged about 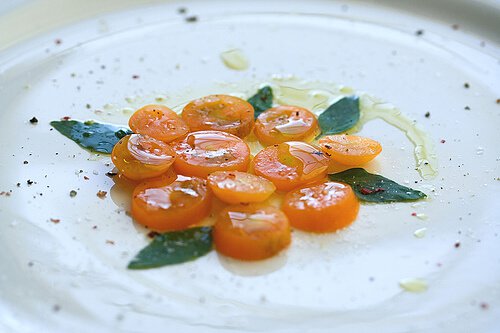 my tomato harvest on Christmas Eve! Some weather god up there must have heard me say, “neener neener boo-boo!” and POOF! The Giant Arctic Florida Freeze was all my fault. I take full responsibility and in the future will think twice before rubbing the Florida sunshine in someone else’s freezing ass.

Well, in the end, peace has once again descended upon the Steamy Kitchen household and a happy medium with my garden has been discovered. The frost left me with straggly bits of cilantro and mint, a few peppers and a big bucket of fallen green tomatoes. My good friend, Jeremy of Cork Restaurant in Sarasota, shared with me his recipe for Green Tomato & Jalapeno Jam. It’s heavenly sweet heat slathered in a simple grilled chicken sandwich.

In case you are wondering…

We Tampa Bay Floridians are a bunch of pussies. Keep in mind that The Giant Arctic Florida Freeze happened early January, which is normally the middle of the frickin’ winter in the United States.

NEWS HEADLINES: because our reporters have nothing else to sensationalize

The freeze indeed did happen. Just for like 2 hours. REALLY! For 2 whole entire hours, the citizens of my community did not know what to do. We were scared shitless.

You don’t believe me? OMG. Watch this short clip – if you look realllly hard, you’ll find traces of The Giant Arctic Florida Freeze. And it only froze under that tree cuz a homeless man must have pissed under it. 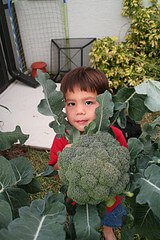 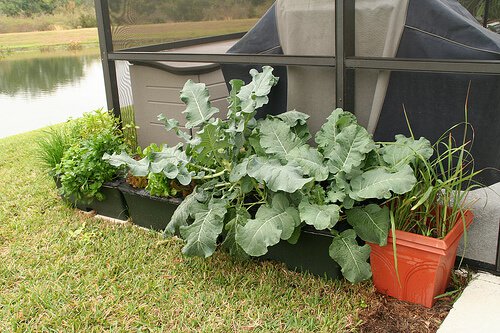 Oh, and that mysterious, handsome object behind the plants?
I was a

from Chef Jeremy of Cork Restaurant
This isn’t a typical sweet breakfast jam – this is a savory, sweet and spicy jam great on sandwiches, grilled fish/chicken. Think of cranberry sauce on turkey type of combo.

In a blender or food processor, blend the jalapenos, herbs, ginger, garlic, soy sauce and cider vinegar till smooth. Add the mixture to a heavy bottom pot with the sugar and tomatoes. Place on the heat, bring to a simmer and cook on low till glossy and thick, about 15 minutes. Make sure you stir occasionally to avoid the jam from sticking to the bottom of the pan. 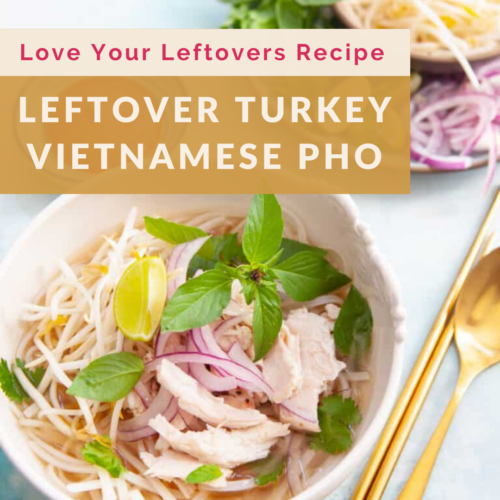