Mohawks and Tombstone in the Kitchen

Our new “mail-order” baby chicks are now about 1 month old. For the first couple of weeks, the baby chicks are so adorable and teeny that you just want to keep them in your house and pet them all day!

We finally had to move them from our back covered porch to the second coop that Scott built for the ducks way out in the yard (The ducks never liked the coop anyways).

The babies will live there for another couple of months, until they are big enough to be in the Palace Coop with the rest of the hens.

Right now, they’re just too small – Oreo, our bossy mama-hen, would just peck on them. I’ve got three to introduce to you today. Quick, tell me which cartoon character this reminds you of: 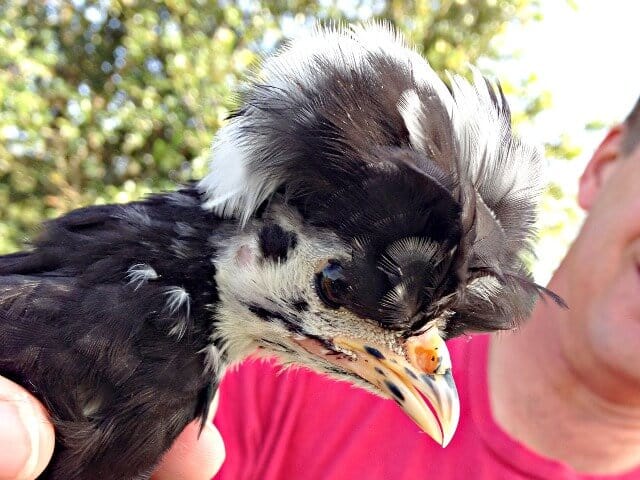 Cruella is a White Crested Black Polish Bantam, when she grows up her bouffant billow out even more and will cover her eyes. She’ll look like this as an adult.

The next one is named Crazy Mops, a Silver Laced Polish. She’s CRAZY looking with the tall mohawk!! Who does she look like? I’m trying to think of what cartoon character she resembles. 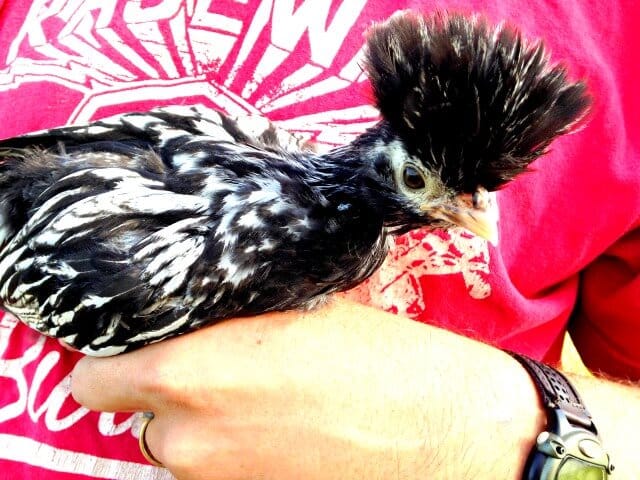 Doesn’t she look like one of those Troll dolls on an end of a pencil that we used to have as kids?? The ones with fuzzy hair that fluffs out when you twirl your pencil really fast between your palms?! 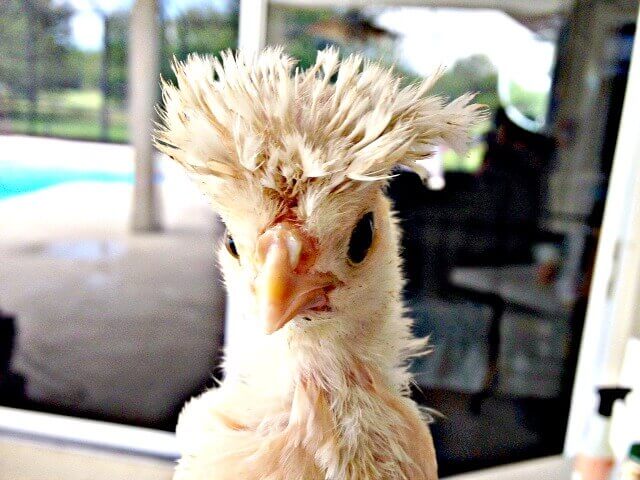 I would show you more photos, but these little peckers are hard to catch! The duck coop is deep, low and long, and it makes catching the squirmy, squeaky chicks really hard to catch. 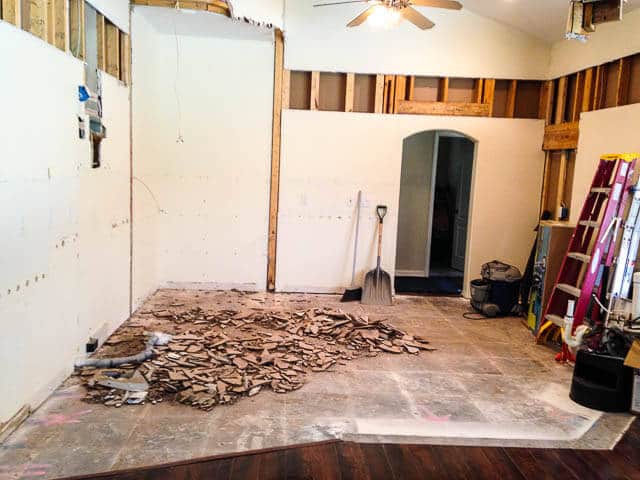 Since the kitchen opens up to our family room, Scott put up plastic sheets to keep the dust contained in the area. It’s very Dexter-esque. 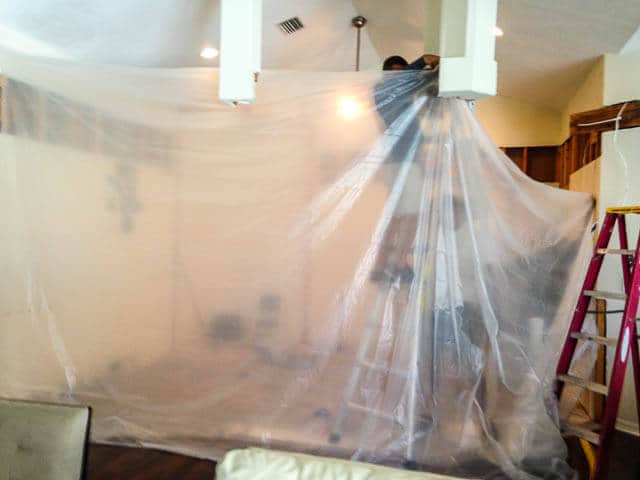 Oh look, is that a JACKHAMMER!?? 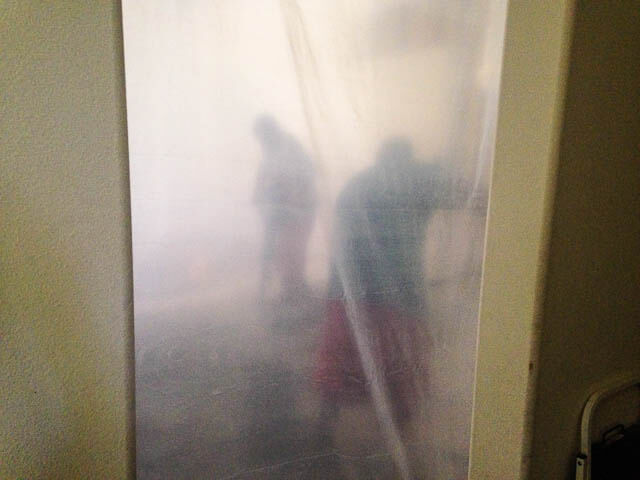 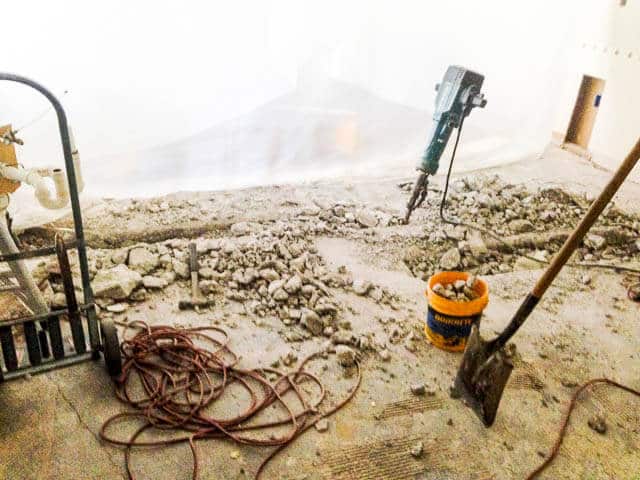 We jackhammered into the concrete slab to bring power and water into the new kitchen island. It looks like we’re burying a dead body. 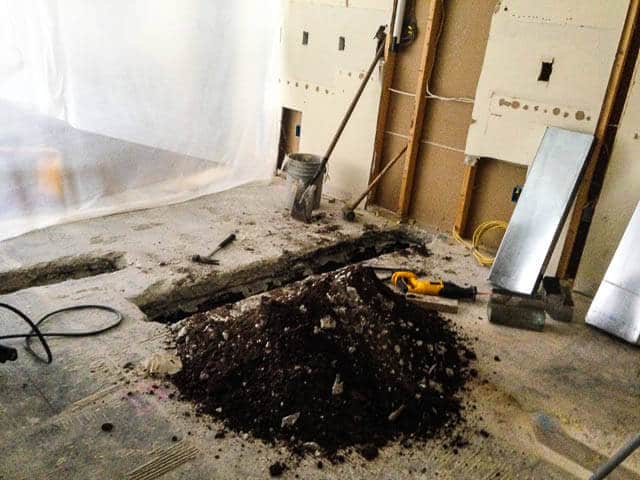 Complete with a metal tombstone. 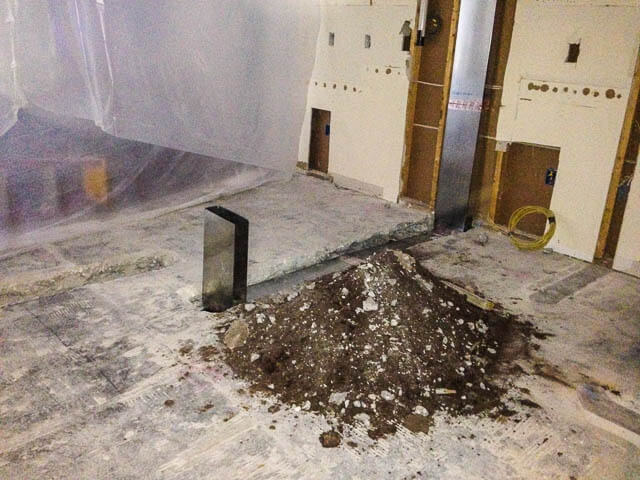 I think the metal thingy is for the KitchenAid Downdraft Exhaust.

Not quite sure, but for a few days, it just looked creepy in my kitchen with all that plastic wrap, empty hole, tombstone and big ol’ pile of dirt. How many people does it take to bury a dead body? 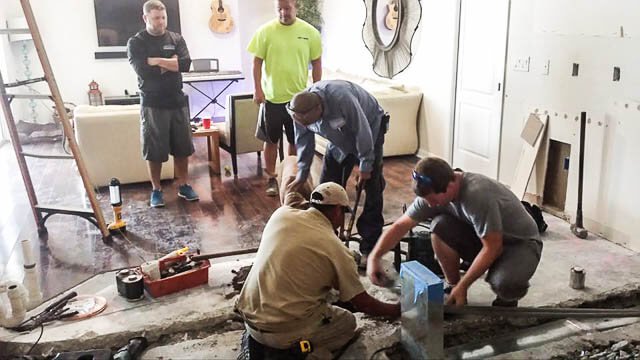 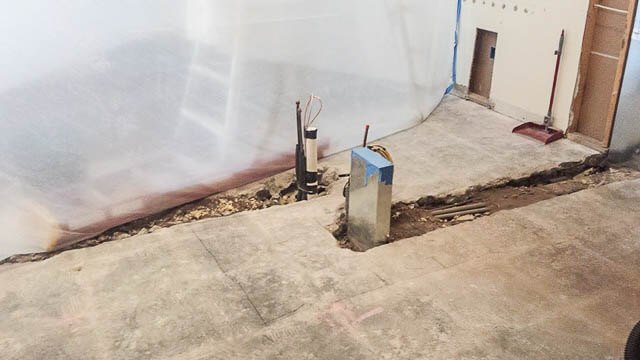 Our security team on high alert: 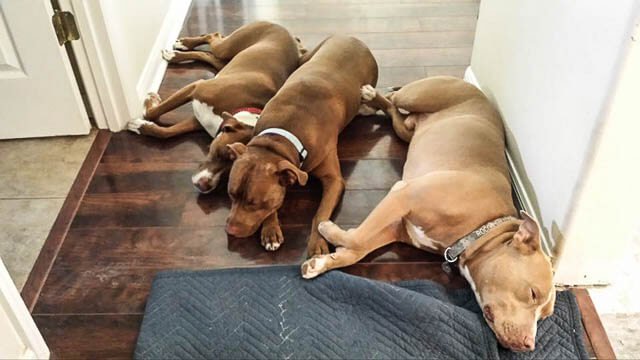