When making homemade soup, how to get the cleanest, clearest broth possible.

Have you ever made homemade meat based broth and find a layer of foam on top? 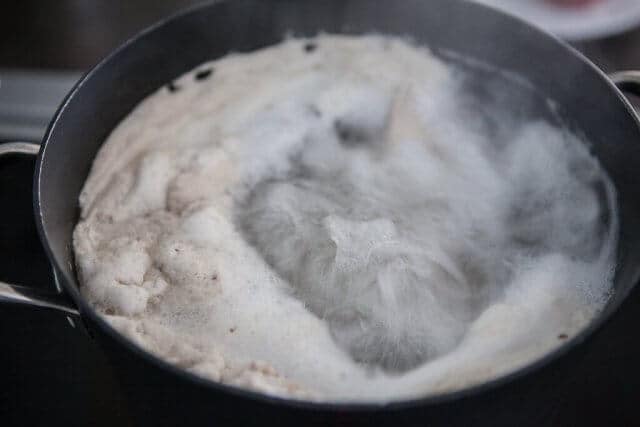 That foam is what I call soup scum. It’s basically from the surface of the meat that you are using – blood, surface proteins, skin, dirt, tiny bone particles (when butchers cut bone with a saw, there inevitably will be powdery bone particles).

It’s not something you want to eat.

If I’m making broth with a lot of bones, then I’ll pre-boil the bones for a few minutes, drain and dump out the scum and water. Then, I’ll start over with fresh water. The hard boiling action in the pre-boil removes most of the scum from the surface of the bones and meat. In the end, you’ll get a clear, clean soup with very little scum.

But, most of the time, I’m just using a little bit of meat or bones, and mostly vegetables. A shortcut to cleaning the meat and bones is something that I learned from my Mom.

This is pork – chunks of meat that we’re using. 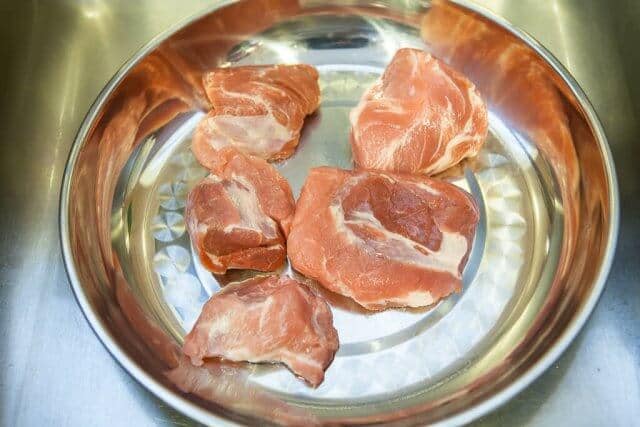 Place the meat in a shallow bowl in the sink. Pour about 2 cups of boiling water over the meat. 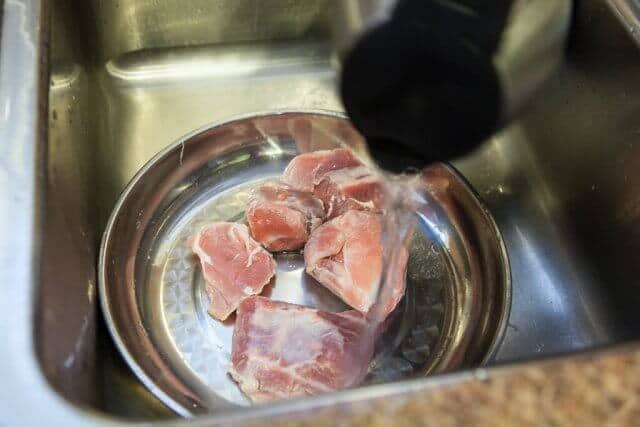 Turn the meat over. 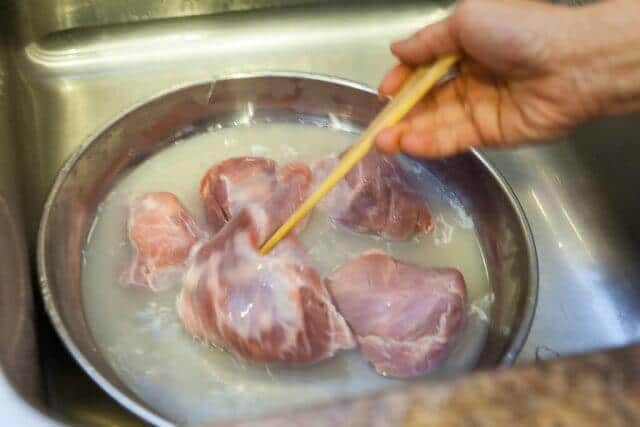 Drain out the dirty water. 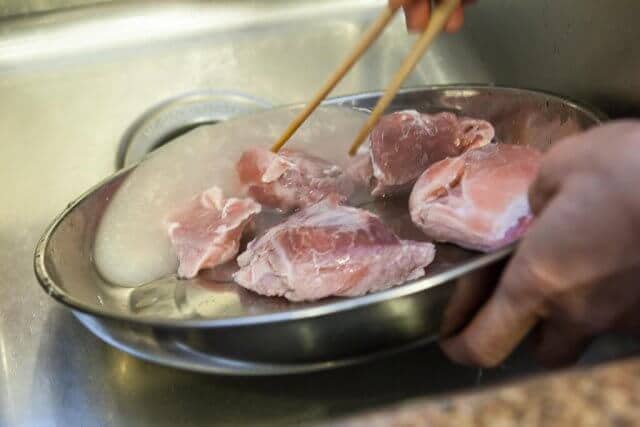 Pour another 2 cups of boiling water over meat. 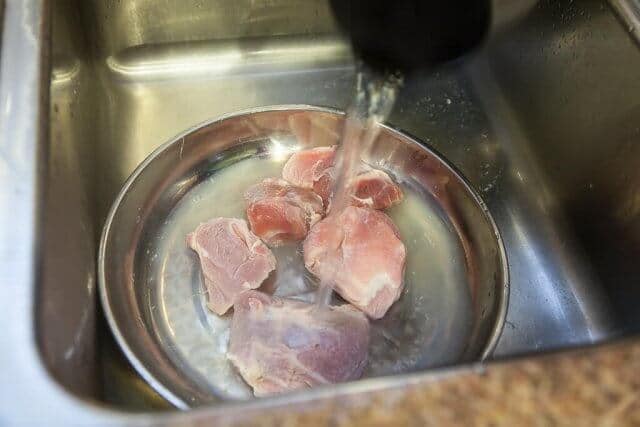 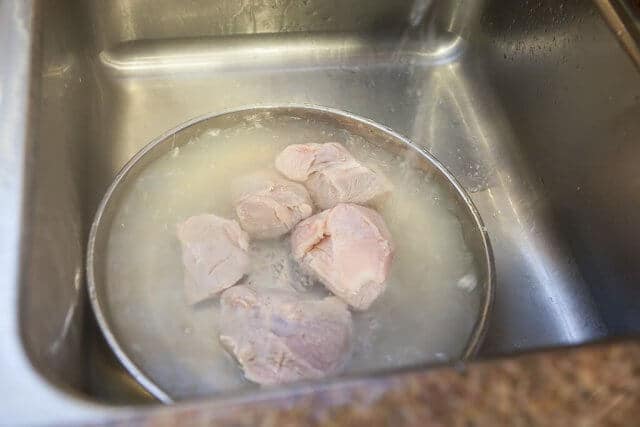 Drain out the water again and rinse meat with cool, clean water. 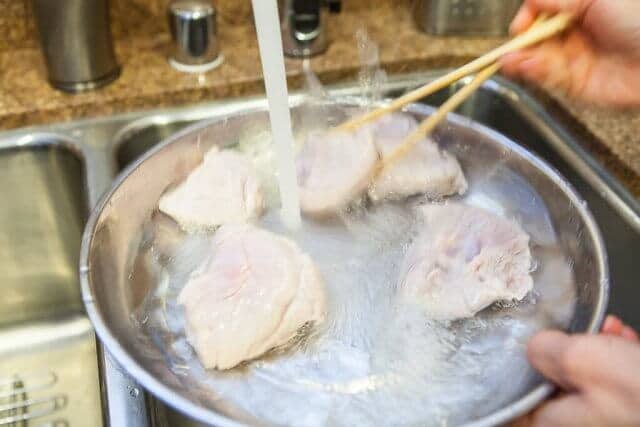 Now the meat is ready to be made into broth or stock!

The result is clean, clear meat based broth that’s delicious.