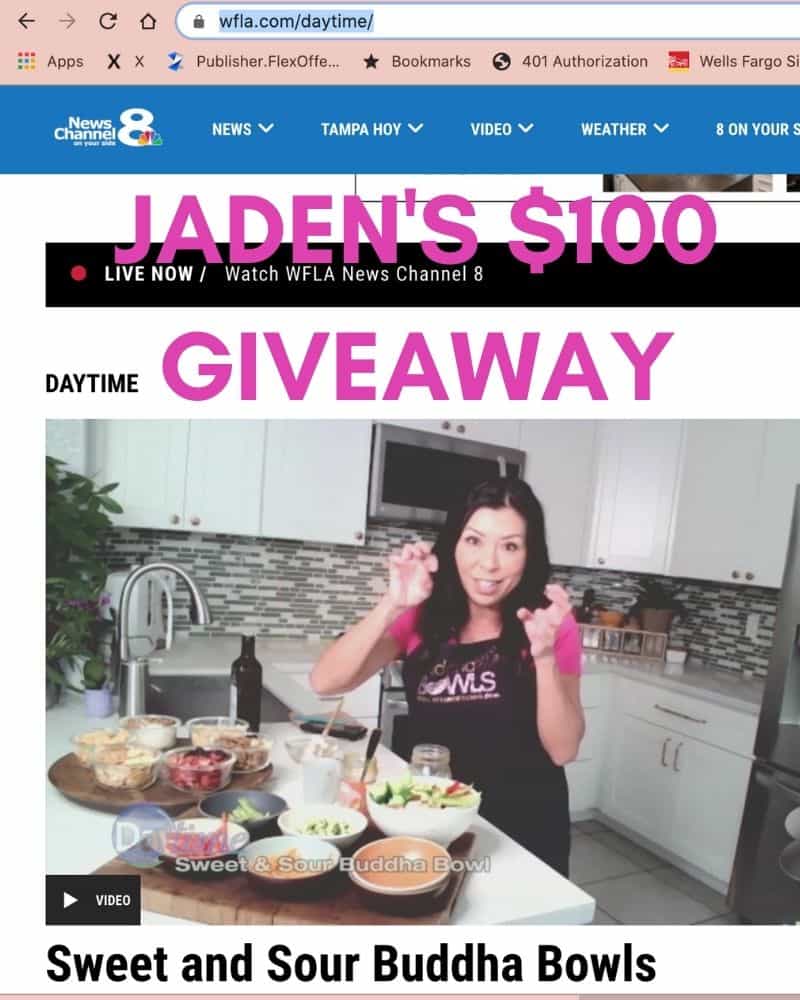 A few days ago, I recorded a television segment in my kitchen for the Daytime Show. I was a regular chef on the show when I lived in Florida (their studios are in Tampa), so I know some of the staff and the talented producer there.

Back then, the work for my segments used to start the day before: planning, grocery shopping, and chopping ingredients.

The morning of, I would wake up at 5am, and pack my big bin full of kitchen tools, bowls, groceries…. basically anything and everything I needed to produce the segment, including dish soap and towels. I’d rehearse in my head and make “contingency plans.”

Why contingency plans? Because this is LIVE television! I’m not just talking on live TV….but also cooking a recipe in 4-6 minutes!!!

That’s because I never really know how much time I get. I’ll always ask beforehand, “how many minutes is our segment?”

Buuuuuutttt…..that’s really just a target…..and earlier segments might take longer than expected, which means all the sudden, omggggg I need to shave off 30 seconds!

Well, cooking doesn’t quite work that way…..Haha! Oh, and I forget to mention, cooking segments always end with a taste-test of the finished dish.

One time, I ran out of time, and served the host nearly raw chicken and I actually said on-air, “we won’t taste test the chicken this time, but trust that you’ll love it!” All while smiling and being pleasant (but inside I’m like, “ohhhh shitshitshit…..do NOT put that chicken in your mouth pleazzzeeeee.”

We all had a good laugh afterwards.

That’s because I view my career opportunities as a gift.

When I first started 13 years ago, I was a young woman who never went to culinary school, who never even worked in a restaurant. Had zero television experience. But damn, could I cook!

One of my talents was being able to break down complicated recipes and make it accessible! *all while laughing and making everyone laugh around me!!

I was given the opportunity to do so many cool things, including being on television on Daytime.

Here’s what I learned: 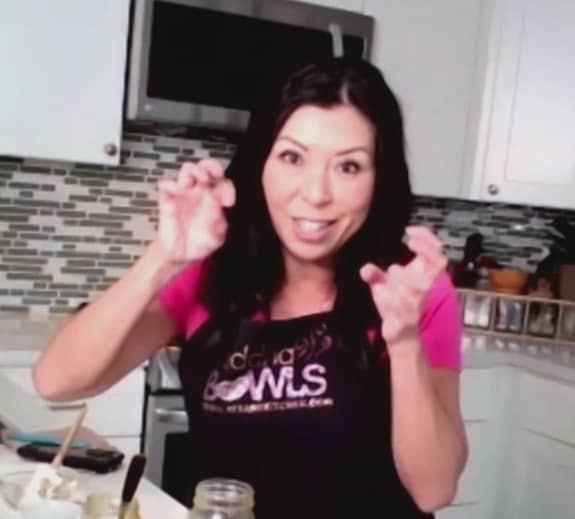 But, you must watch the clip, because it’s a bonus question for my little giveaway! Yup, I’m makin’ ya watch the video!

The bonus question I’m going to ask (worth an extra +60 points, by the way) is what was I saying while I was making this stupid strangling gesture???

The multiple choice answers are:

(you’ll answer the bonus question on after you submit your entry below!)