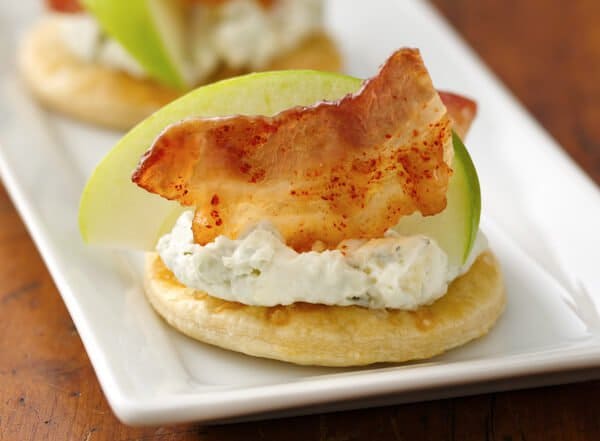 I’m currently on my way back from Pillsbury Bake-Off 2010 in Orlando, riding in the back seat of my personal “contract killa’s” car.

Yes, on my laptop, trying to get this post up before the winner is announced in a few hours, just so we could say “We told you so!”

More on him later, the contract killa, that is. That post on him will come, I promise.

A few of us fellow bloggers were invited by Pillsbury for the weekend to catch the mother of all cooking contests, the Pillsbury Bake-Off 2010, where the grand prize is $1 million dollars (oh yes, I just did say that in my Austin Power voice!).

So, if you’ve never ever been to a cooking competition, let me set the scene. The room is packed. 100 contestants. 200 fans, supporters, media, staff. The Bake-Off begins with a parade of the contestants. 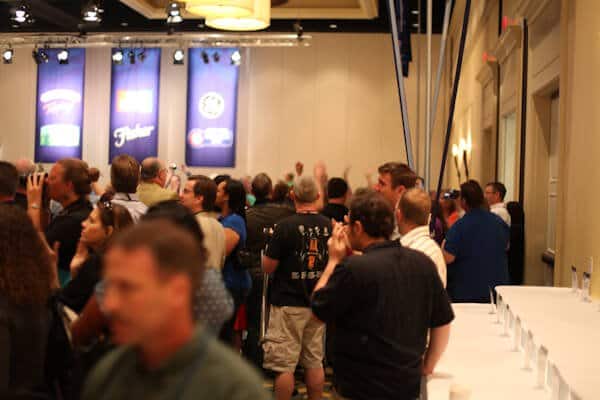 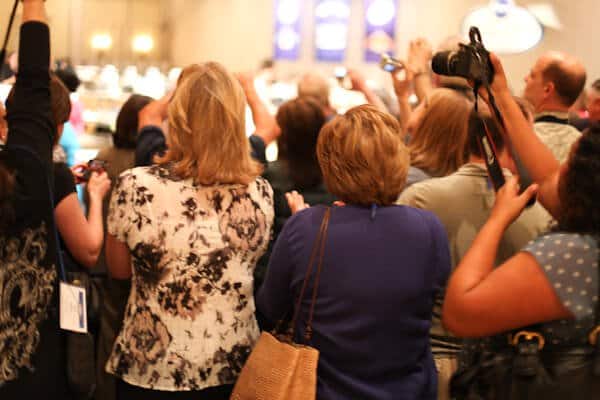 So I threw my camera up in the air hoping to catch a shot. Oooh such excitement! 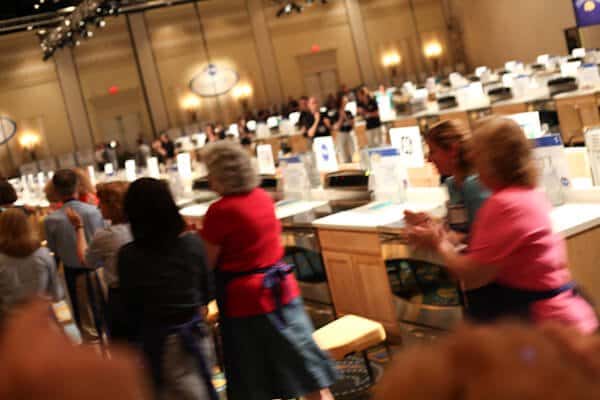 So orderly. They all line up in front of their kitchen stations. If I was a contestant and there was a cool million at stake, I think I’d get lost in this sea of talent. 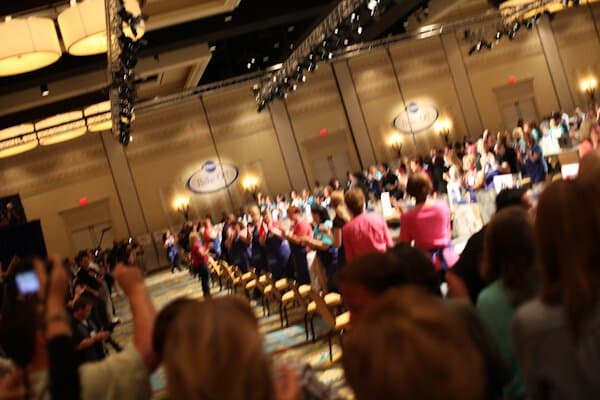 But I’m here to talk about one finalist today, her name is Stephanie, and we bloggers who attended, chose Stephanie as our Blogger’s Choice Award.

Which isn’t an official award at all.

In fact, we didn’t even give her a prize other than our silly stamp of approval and a pat on the back.

Oh, and really, there was only a handful of us bloggers who had made this Blogger’s Choice Award decision: Marc of No Recipes, Lori of Cowboy’s Wife/My Wooden Spoon, Vanessa of Chef Druck, Jessica of Food Mayhem, Tina of Carrots N Cake, Carol NYCityMama, Jennifer of In Jennie’s Kitchen

Do you want to know why we chose her? Take a look. This is candied bacon. 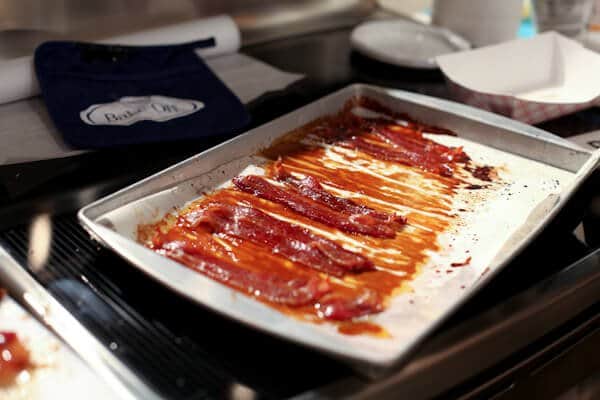 But no Stephanie to be found! There’s evidence that she’s been hard at work at her station: 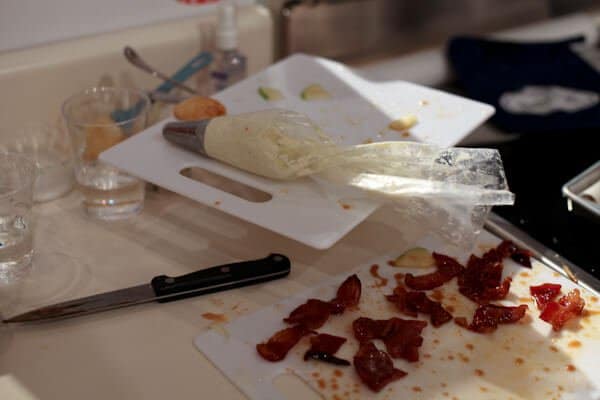 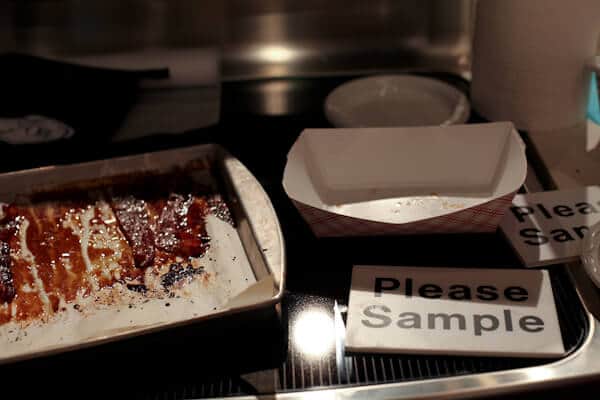 As I was giving the others my sad-pout – this beautiful angel shows up! This is Stephanie Lemus of Westlake Village, California. What a smile! 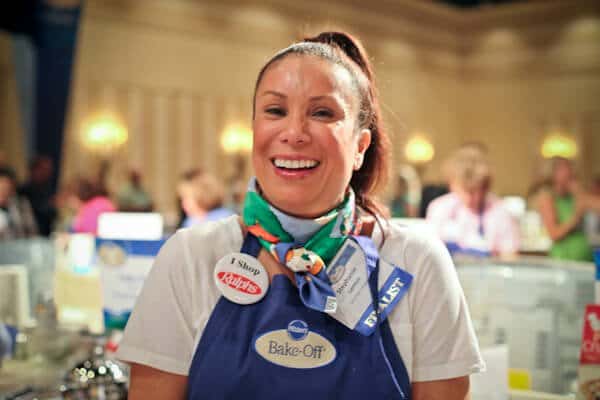 Do you want a taste? 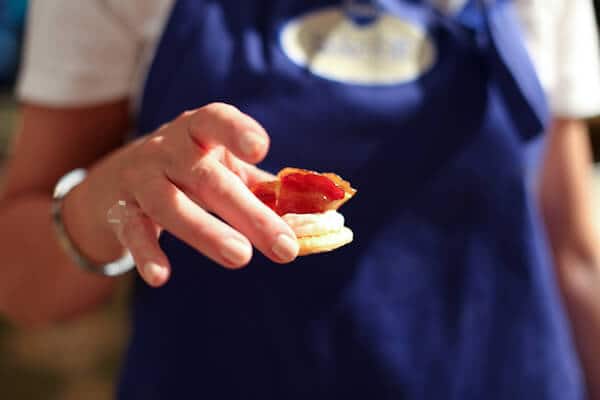 Oh, I love her. And to top it all off – she’s a Steamy Kitchen reader. {heart} 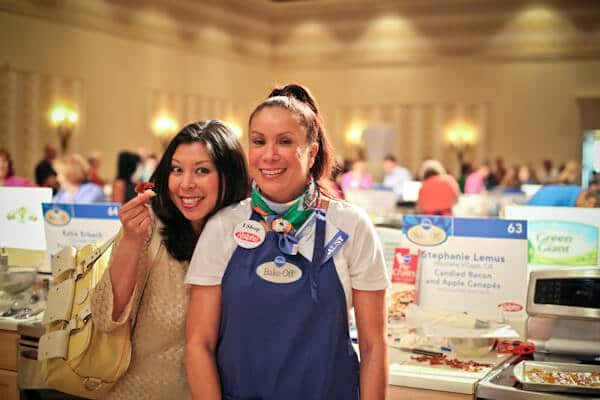 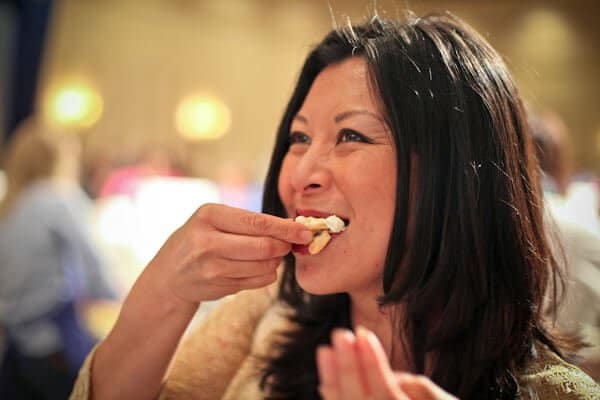 We’re predicting Stephanie, our Blogger’s Choice Award Winner! Stephanie works at Microsoft and this is her very first contest. She loves to bake, and in fact has an archive of over 300 recipes on her hard drive. Honey, that sounds like a future food blog to me!

Right after the dish was delivered to the judges, I recorded a little message from Stephanie with a little heartbreaking news about her dog {prayer}.

Line 15x10x1-inch pan with cooking parchment paper. In small bowl, mix brown sugar and red pepper. Place bacon with sides touching in pan; sprinkle with brown sugar mixture. Bake 10 to 15 minutes or until sugar is hot and bubbly. Remove bacon from pan to a plate; let stand 10 to 15 minutes or until cool enough to handle. Using sharp knife, cut each bacon slice into 4 pieces.

Look who else came with me to Pillsbury!