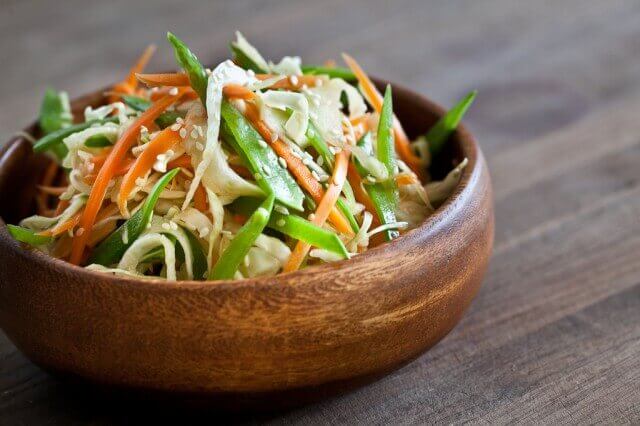 When I think of a summer slaw to go with the barbeque, I want something light, tangy, cold and crunchy. Traditional coleslaw just doesn’t do it – its heavy mayonnaise dressing really weighs down the vegetables. Instead of a mayo-based dressing, my Asian slaw is made with a bright, citrusy ponzu sauce – one of the most versatile Asian sauces that I own.

Ponzu is a Japanese “sauce” however I refer to it as both a dressing and sauce. It’s much lighter than soy sauce, with a distinctive tangy lemon/orange flavor combined with a savory note. It’s a perfect balance of salty, sweet and sour! You can use it as a dipping sauce for potstickers, a light sauce for steamed vegetables and combined with some crushed garlic, make the best marinade ever. 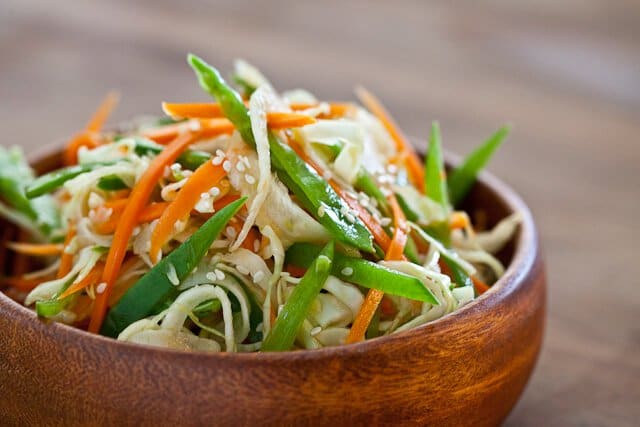 How to make Asian Slaw with Ponzu Dressing

Slice the snow peas on the diagonal into thin matchstick-sized pieces. 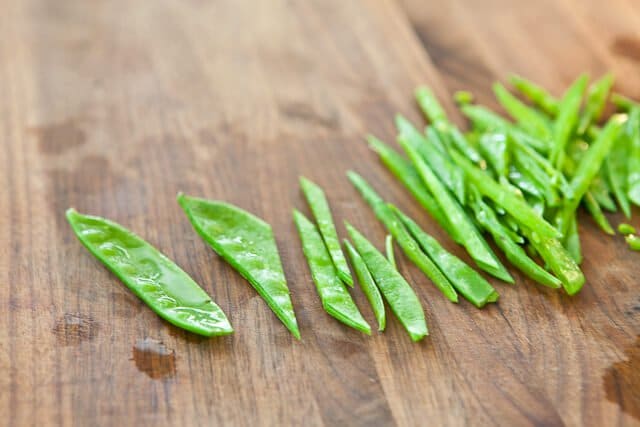 For carrots, you can purchase matchstick carrots, or slice them yourself — but only do this if you have a very sharp chef’s knife. Skinny, round hard carrots are difficult to slice with a dull knife. 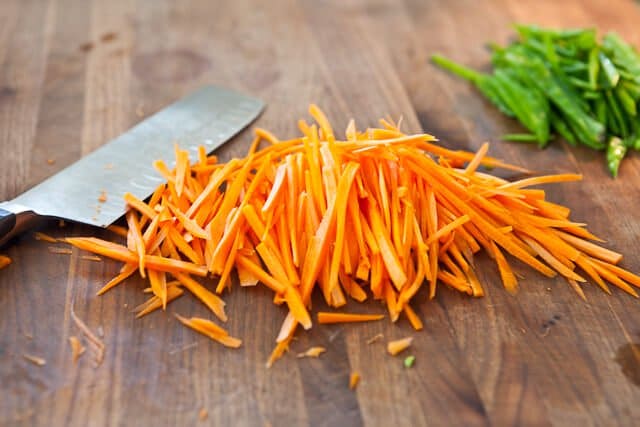 I cut the cabbage into four wedges – we’ll only use 1 wedge. Then, I shred the cabbage as thinly as possible. To do this, use a vegetable peeler and go along the corner. You can also use a box grater with large holes or….. 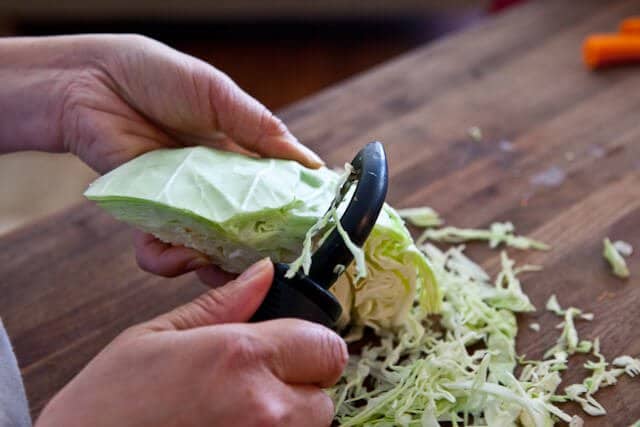 use a sharp knife to shred by hand, which I prefer. 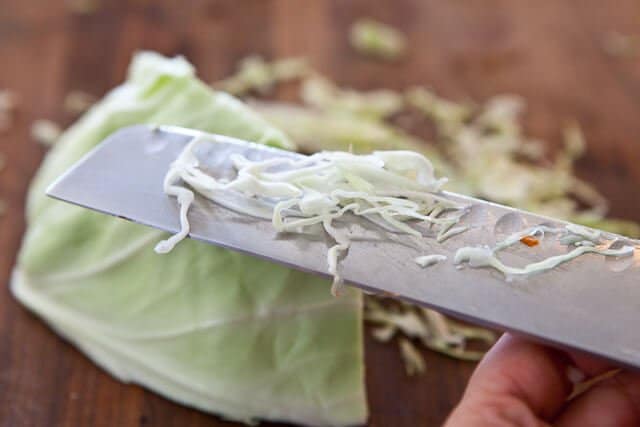 For the fennel, cut the white bulb from the green top, reserve the green fronds for another recipe (like Bouillabaisse) — you can use them just as you would fresh herbs.  Cut the bulb into quarters and slice one of the quarters as thin as possible using a knife, vegetable peeler or mandoline (save the rest for another recipe). 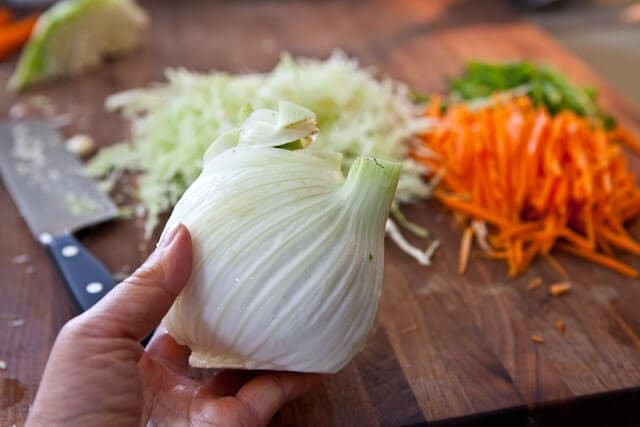 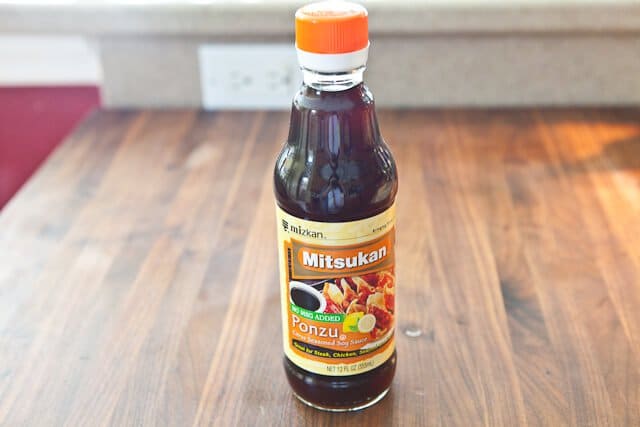 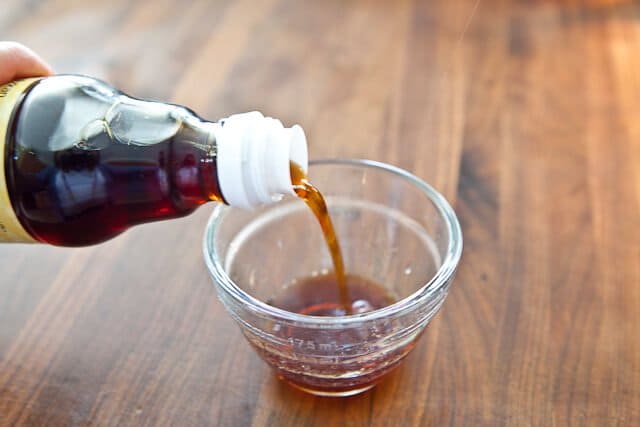 The sesame oil and seeds are added. 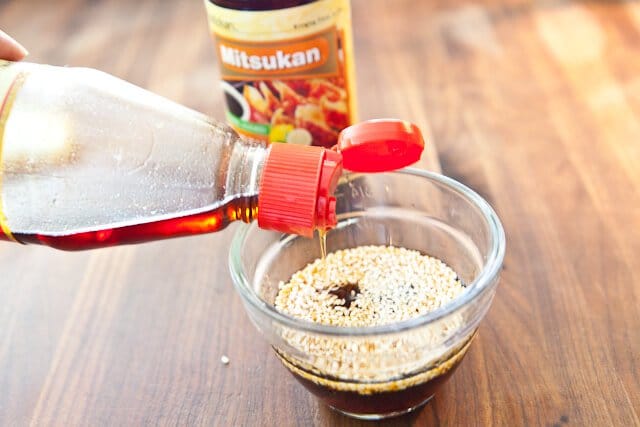 Season with a big pinch of salt. 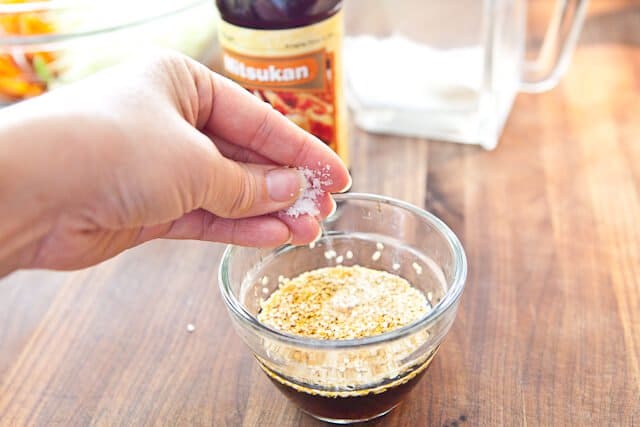 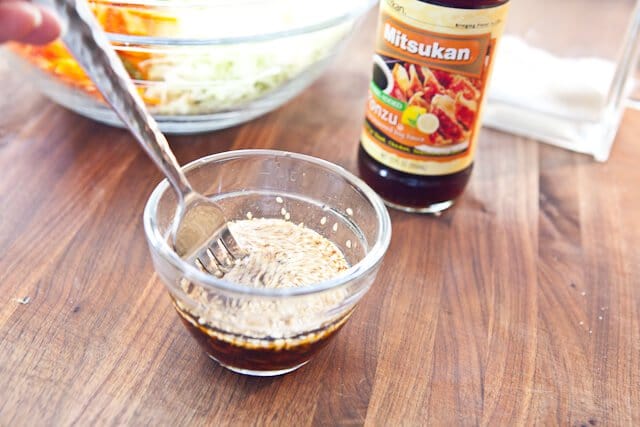 Pour the  dressing over the snow peas, carrots, cabbage and fennel. 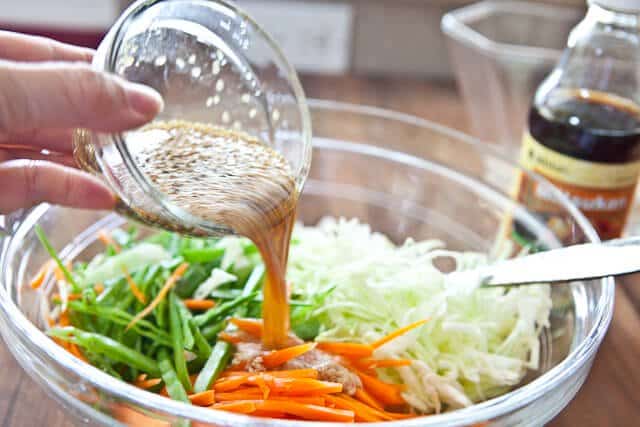 Toss to combine and taste. You can add more ponzu and salt if needed. 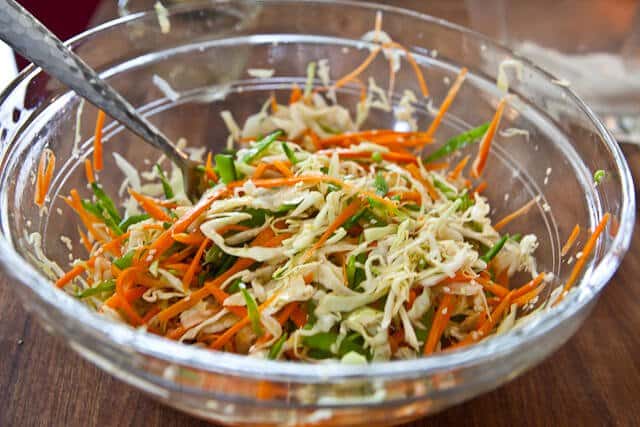 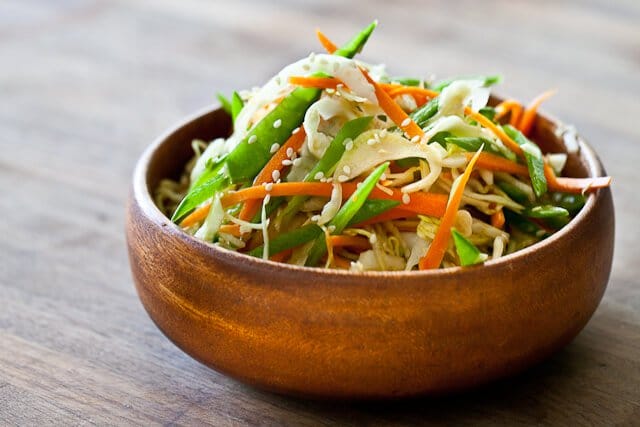 If you are not serving immediately, combine the dressing, but do not add the dressing until just before serving.
Print Recipe
Prep Time 10 mins
Servings 4