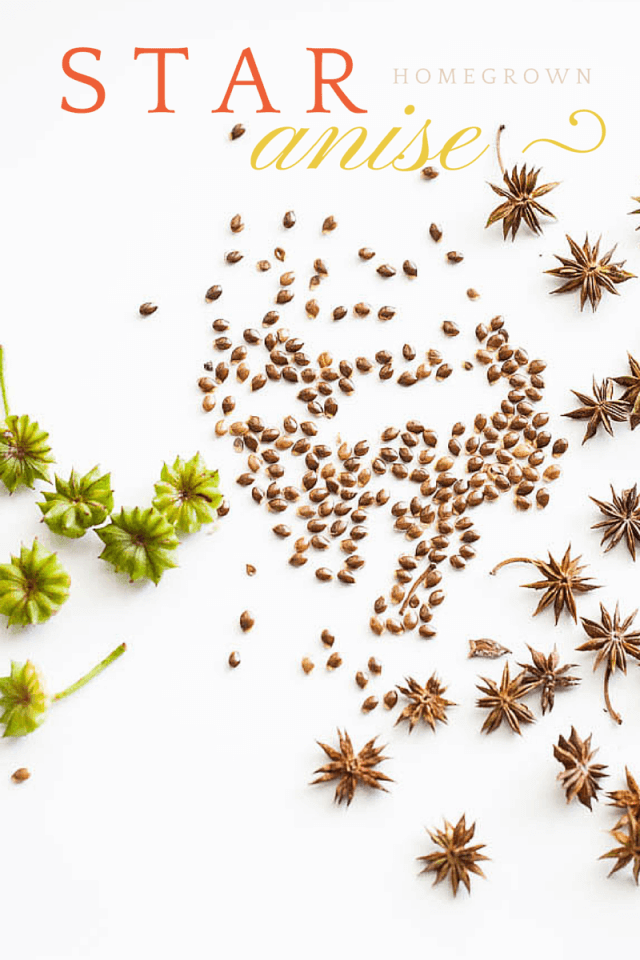 A lovely reader sent a package of his homegrown star anise spice. Have you ever used star anise before?

Normally, when I buy them at the Asian market, they look like they’ve been picked through – none of the “stars” even resemble stars. Upon opening the bag, there is a dusty, musty smell. 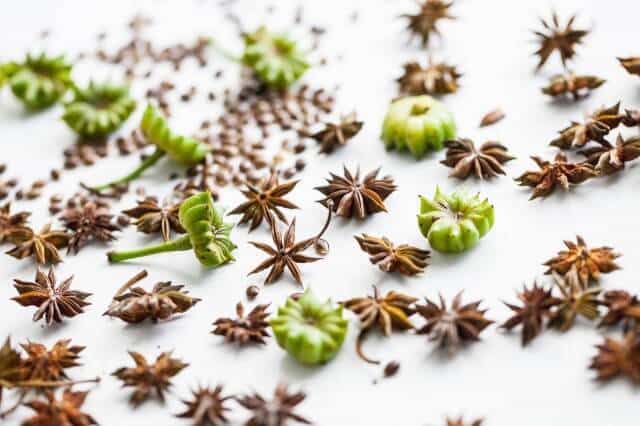 These are fresh and dried star anise from Greg’s yard. Did you know star anise is actually an immature fruit that’s dried?

Greg says that the star anise tree (it’s a tree!), kept low and trimmed, make wonderful hedges. When you cut the hedges, it releases an amazing, spicy, warm fragrance. I think I’ll take the seeds and plant them in my front yard, what a wonderful way to welcome our friends (and the UPS guy) to house!

I’ve just learned this pod’s folklore, “Place Star anise under your pillow at night to keep bad dreams away and also to dream of someone far away,” says Growing Hermioine’s Garden. 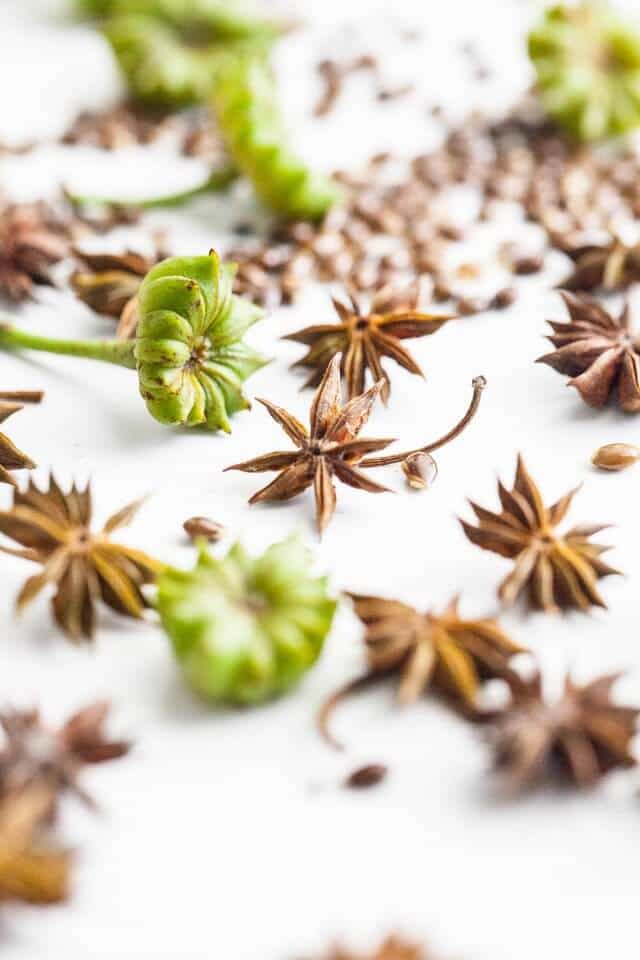 The green fruit will dry to become the nutty-brown star anise spice that we use in Chinese cooking. Greg included instructions with his care package: Dry in a ventilated screen or it will mold. Also cover with the green pods with some kind of cloth or paper, because as the pods dry, they will SHOOT the seeds out!

How fun! I really want to see the shooting seeds. Maybe I’ll have to stage a camera in front of the drying pods and catch it shooting seeds! 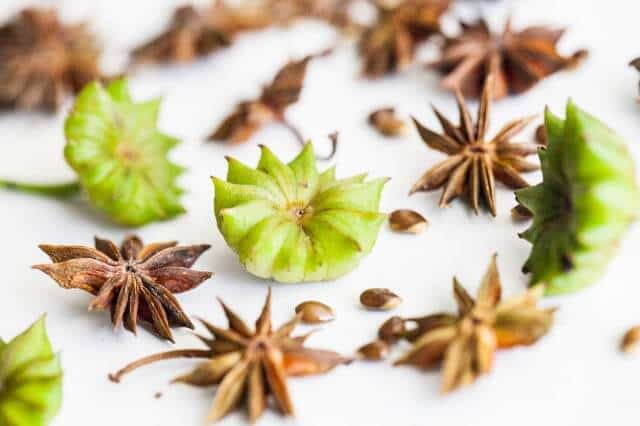 I’ll have to report back on our progress in growing the seeds. In my research, I’ve found out that the “Illicium verum” is of the magnolia tree family. Here in the U.S., it grows nicely as a small to medium, spreading evergreen tree in zones 9 and 10 (it doesn’t do well in below freezing temperatures.)

The Homestead Garden states that, “This spice has a savory-sweet flavor to it, often compared to licorice with a slight cinnamon and clove taste. It has a large quantity of a chemical called anethole, which makes star anise 13 times sweeter than sugar.”

The spice is quite strong, only 1 or 2 star anise is needed to flavor an entire pot of stew. Star anise is also a component of Chinese 5-Spice Powder.

Here’s something interesting from The Epicentre, “Star anise pairs brilliantly with tomatoes. It’s licorice-like flavor actually bears a close resemblance to that of fennel and basil, tomato’s classic companions. A single pod of star anise  adds a new level of flavour to a tomato-based sauce or stew with a warm, spicy undertone. The same goes for braised beef dishes – from stews to chili to oxtail soup, star anise can be the secret ingredient that elevates the dish to a whole new level.”

I’ve never tried star anise with tomatoes, but I think the next batch of tomato sauce will be an experiment with a star or two thrown in.

Here are a few recipes I’ve made using star anise! 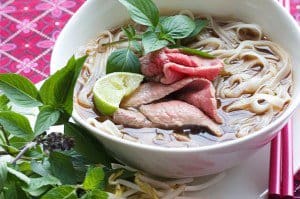 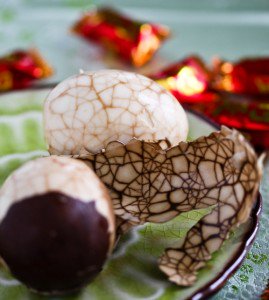 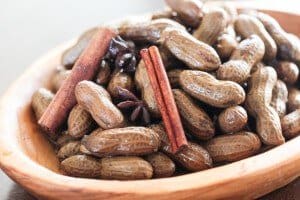 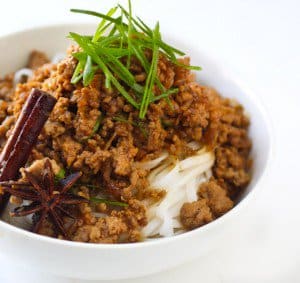