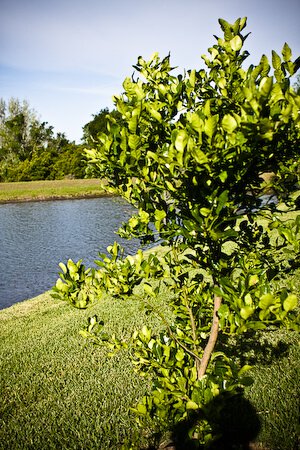 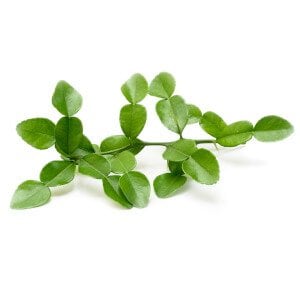 The leaves on this tree is the magical ingredient in Thai cooking, providing an unmistakable bright, intensely aromatic lime-y flavor.

This ingredient is most commonly known as “kaffir lime leaves,” however the Oxford Companion to Food recommends using its other name, “makrut leaves,” as “kaffir” may be offensive term in South Africa. I’ve always known the ingredient to be called “kaffir” and every single Thai cookbook I’ve encountered also uses this term.

Kaffir’s flavor is so unique that it’s hard to provide an ingredient substitution, though I’ve often recommended using a vegetable peeler to cut a strip of lime peel to use if kaffir leaves cannot be found. 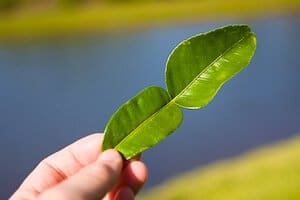 When we lived in Florida, we grew a Kaffir Lime tree that flourished in the tropical weather. The tree is cultivated for the leaves mostly – as the fruit is eaten or used in culinary form.

The leaves are double-joined, dark green and waxy. It’s used like bay leaves in stews, soups and curries. Keep the leaves whole for cooking, to make it easier to find and discard later.

To extract the most aroma and flavor from the leaves, fold the leaf in half, tear several places along the leaf, stopping at the spine. Open leaf up and drop into your pot. Tearing the leaf helps release its aromatic oils. 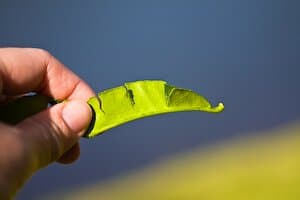 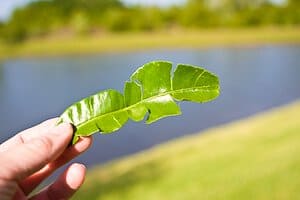 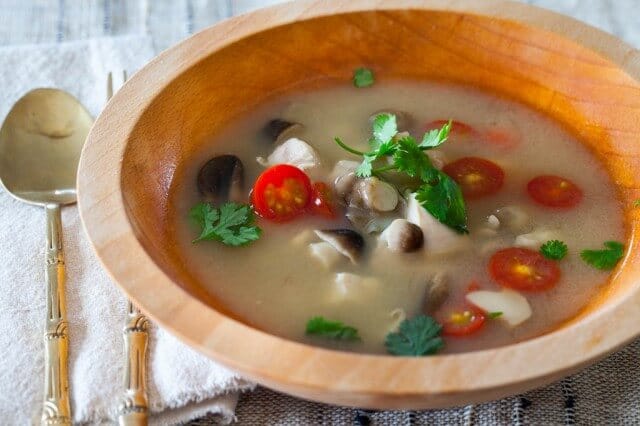 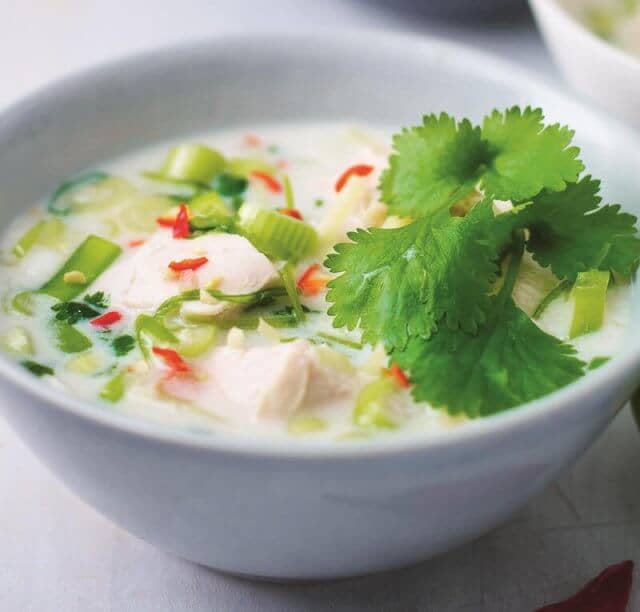