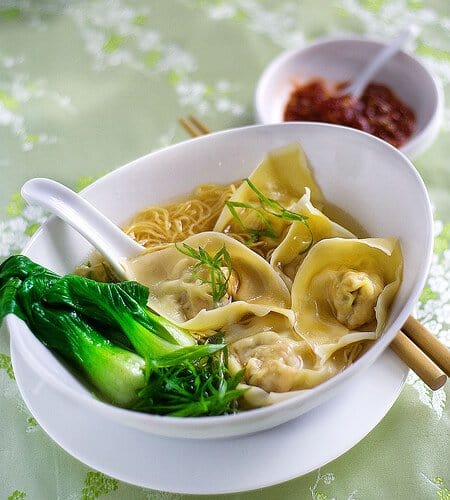 It’s Chinese Wonton Noodle Soup time! A great dish to make for the Beijing 2008 Olympics! This is recipe 5 in the series (see links at the end for the other recipes)

I’ve got two for you – I was on CBS on Tuesday – this was a BLAST! A 4 minute cooking segment cooking wonton noodle soup…but in not in a kitchen…here’s the video: 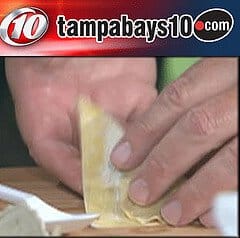 (link is right above photo when you get to CBS site)

And my regular segment on ABC7 Chinese Wonton Noodle Soup 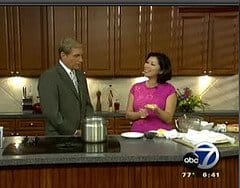 just click on the “featured video” right below the recipe name. And yes, I flubbed saying the number eight in Mandarin! It’s “baa” not “baat” (which is how I say it in Cantonese).

I love making wonton noodle soup with my kids! Gather your guests in the kitchen and have them help you fold the wonton. The key to making wonton is to not overfill the dumpling and to make sure that the wonton is sealed tight.

The wrappers come frozen – just defrost in refrigerator overnight or on the counter for 40 minutes. Do not soak in water or defrost in microwave. Once the package is opened, it’s important to always keep them covered under a damp towel, as the edges will dry out, making it very difficult to work with.

If you’d like to freeze wonton (great idea for super easy quick meal) – lay the wrapped wonton in a single layer. Freeze and when frozen, gather them up and place them in a freezer bag. If you don’t freeze them in single layer, you’ll end up with a big, massive clump of wonton and you’ll have trouble prying them apart.

To cook frozen wonton, the instructions are exactly the same. Put them in the boiling broth FROZEN. Do not defrost. Cooking time will be longer BUT – that’s the beauty of my cooking method.

Put away your timer! Let me explain. I’m sure you’re used to watching the clock when boiling pasta. Instead of watching the clock, I’m having you do this Chinese style. Boil your pot of soup. Add dumplings. When it comes to a boil, add 1 cup of room temp broth. When that comes to a boil, add another cup. When boiling again, it’s done. So if you’re adding FROZEN wonton, 10 wonton or 50…the water will come to a boil as it’s ready – thus it’s sort of self-timing.

Adding broth a little at a time like this prevents your delicate dumplings from breaking and bursting in rapid, hard boiling water. So how many wonton to cook at a time? Well – that depends on how big your pot is, how much soup you have.

For the Wonton Noodle Soup recipe below, I’d cook them in 3 separate batches – so that you don’t crowd the wonton. 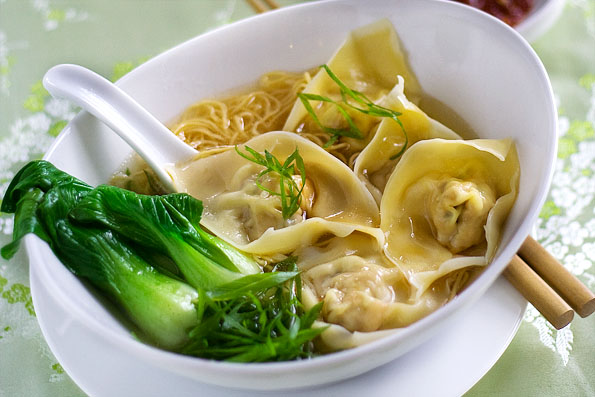 In a large bowl, combine the pork, scallion, soy sauce, rice vinegar, cornstarch, sugar and sesame oil. Mix well. Put a scant teaspoon of filling in the middle of a wonton wrapper, brush cornstarch slurry on all edges. Fold over to form a triangle, press to secure edges, encasing the filling. Brush cornstarch slurry on one tip of the triangle. Bring two corners together and press to secure (though my kids often just leave them as triangles.) Place on clean, dry plate in one layer and cover loosely with plastic wrap to prevent drying. Repeat with remaining.

Keep the heat on the pot on (you still need to cook the noodles and bok choy) while using a spider or sieve to scoop up the wontons and distribute amongst the bowls. Cook the noodles in the pot according to the package instructions. Add the bok choy to the pot during last minute of cooking noodles and let simmer, until cooked through. Ladle broth, noodles and bok choy to bowls. Drizzle just a few drops of sesame oil in each bowl. 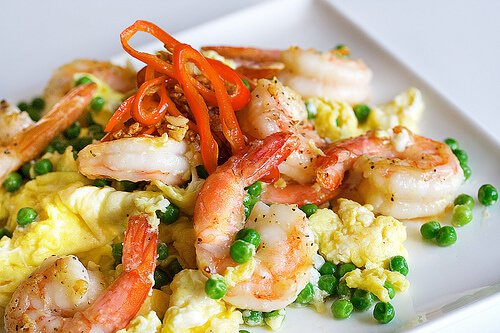 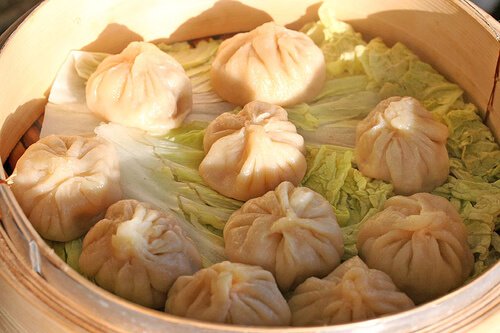