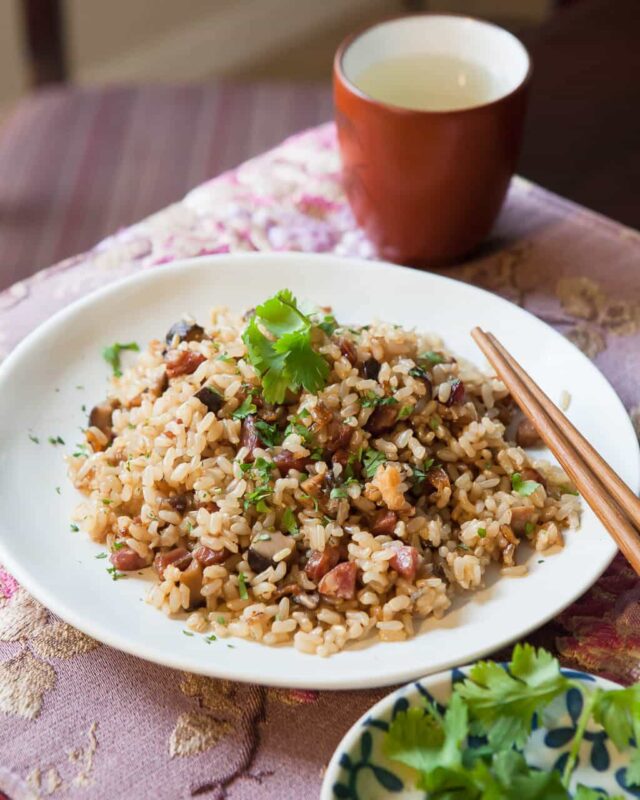 This Chinese recipe features some of the best dried and preserved Chinese ingredients: dried shrimp, Chinese sausage and dried mushrooms. Traditionally, this dish is made with white rice or sticky, glutinous rice. But we’re using brown rice to create a hearty, healthful dish with authentic Chinese flavors. You’ll learn how to buy, store and use each of these preserved ingredients, and use a pressure cooker to make this dish in half the time.

Savory and hearty is how to best describe this rice dish. It’s very similar to Sticky Rice with Chinese Sausage, that you’d likely find in Dim Sum places, but less sweet, and we use brown rice instead of sticky, glutinous rice. There’s no added sugar in our recipe.

My Mom’s family is Hakka, from Southeastern portion of China in the Guangdong region. My grandparents emigrated to Hong Kong in the 60’s (actually, there’s a brave and daring escape from China story that I’d love to tell one day.) This recipe is an adaption of a traditional Hakkanese recipe – using a pressure cooker and substituting brown rice for white.

The Hakkanese are migratory people – unlike many Chinese people who self identify based on geography – “Hakka” literally means “Guest Family.” Thus, there aren’t very many Hakka cookbooks available. The only one I’ve found in English is The Hakka Cookbook by Linda Anusasananan that chronicles the history, culture and recipes of the Chinese “nomads.” 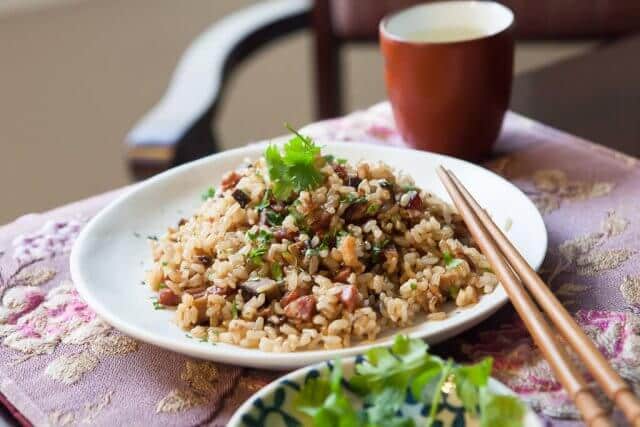 This recipe was specifically made for a pressure cooker, whether electric or manual/stovetop. 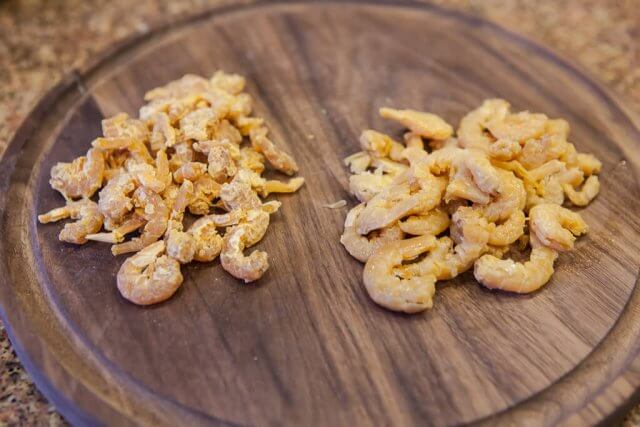 Dried shrimp is small shrimp, salted and sun dried, though these days, the shrimp are dried in giant, industrial sized ovens. They can be as small as your pinky nail, or as big as a quarter. Like many dried ingredients, its umami qualities provide a natural salty-sweet-savory flavor to dishes. Dried shrimp is popular in many Chinese dishes – we use it to provide a base flavor for soups, like this Chinese Daikon Pork Soup. You might have had dried shrimp in dishes like Chinese sticky rice, fried rice, braised cabbage. You might find them whole in your stir fry or soup, or minced up in fried rice.

Think of dried shrimp as a flavor enhancer, providing briny note to your dish. It’s not fishy, and even my seafood-fearing husband will eat any dish that is cooked with dried shrimp. In fact, most of the time, he doesn’t even notice the dried shrimp (I mince it), but he does notice the subtle, umami delicious flavor of the dish. I tell people unfamiliar with dried shrimp to think of it similar to how a little bit of chopped bacon can transform a dish.

How to buy dried shrimp:

How to store dried shrimp:

How to use dried shrimp: 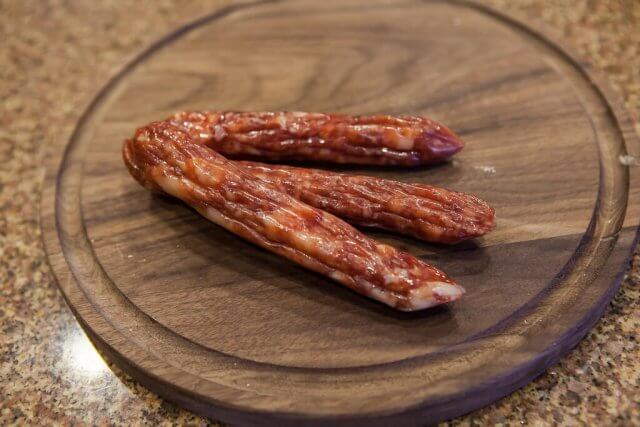 Speaking of bacon, Chinese sausage is the bacon of the East. Cheesy statement, I know, I cringed too when I typed that. Chinese sausage is magic. Sweet, salty, savory and fatty. Fatty pork or duck (or a combo) is seasoned, encased, strung and then smoked while hanging. Chinese sausage is used in dim sum – a sausage tucked into a pillowy-soft, white steamed bun, fried rice, steamed with rice, Clay Pot Chicken, Sticky Rice in Lotus Leaf and even replacing bacon in many dishes like Roasted Brussels Sprouts with Chinese Sausage.

How to buy Chinese sausage:

How to store Chinese sausage:

How to use Chinese sausage: 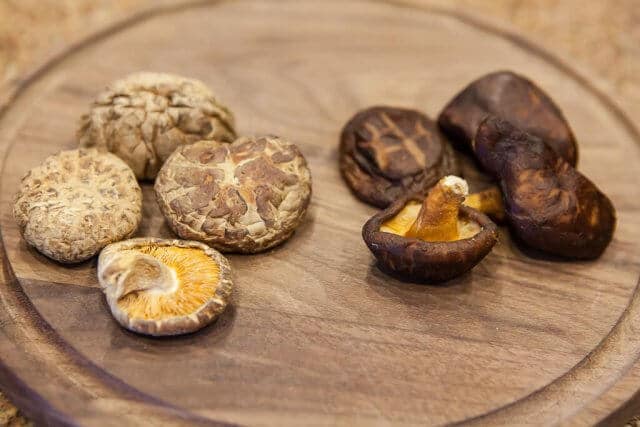 A staple in Chinese cooking is the dried black mushroom, which adds an intense umami flavor (noticing a trend in this dish?) It’s the best natural vegetarian/vegan way to get “meaty” and “savory” notes and texture in a dish.

You might be familiar with Japanese “Shiitake” mushrooms, which is generally thinner, more delicate. Fresh shiitake mushrooms are salted and dried. The more popular Chinese style of dried black mushroom has a thick cap and thick, stout stem. Dried mushrooms must be soaked before using in braises or stir fries.

How to buy Chinese Dried Mushrooms:

How to store Chinese Dried Mushrooms:

How to use Chinese Dried Mushrooms: 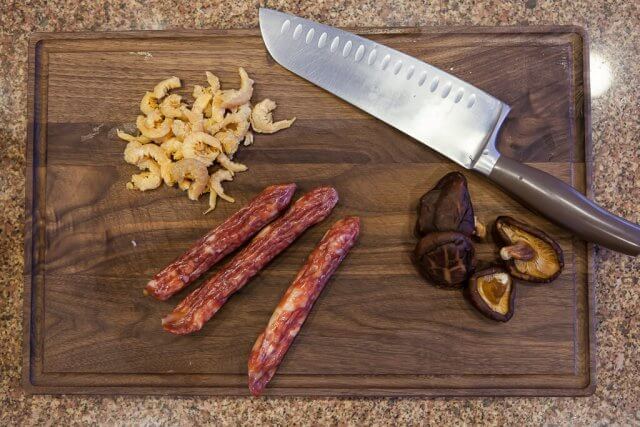 What Kind of Rice? 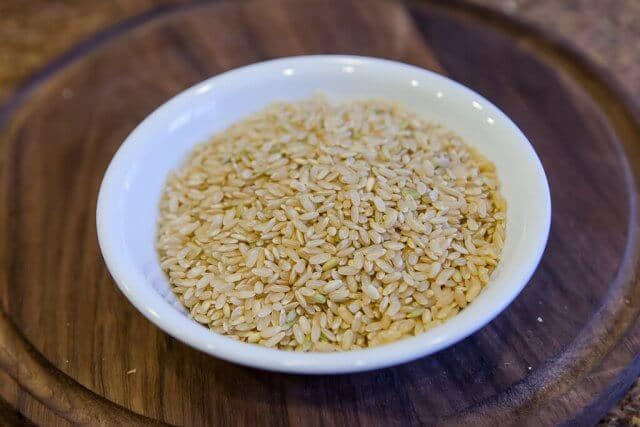 How to cook Pressure Cooker Chinese Sausage and Brown Rice 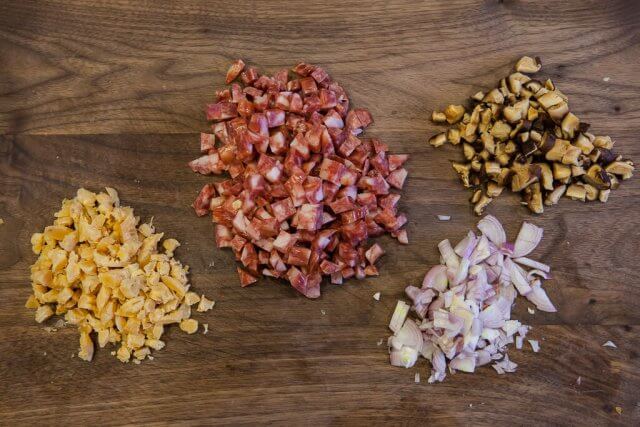 These four ingredients will be stir fried briefly, to bring out their flavors. Notice that we’ll be adding the ingredients into the wok separately – this is to ensure each ingredient is cooked optimally. 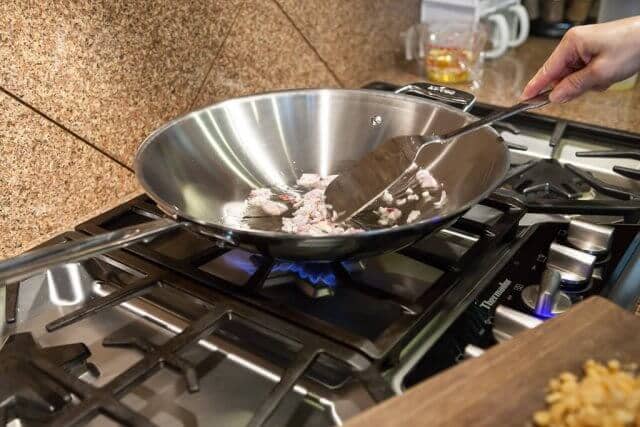 Then add in the dried shrimp: 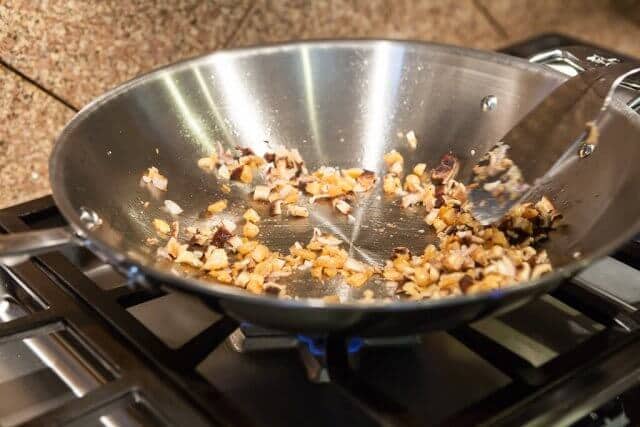 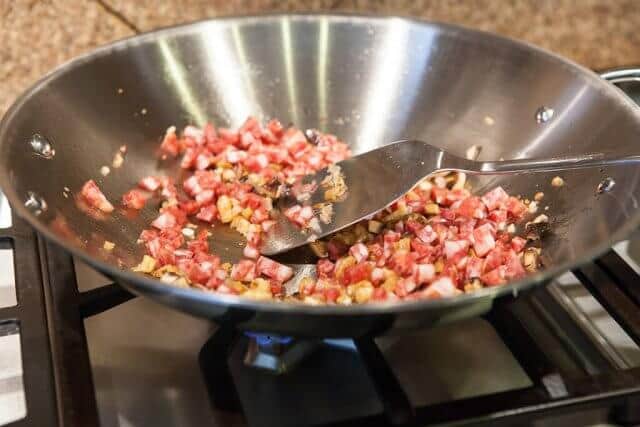 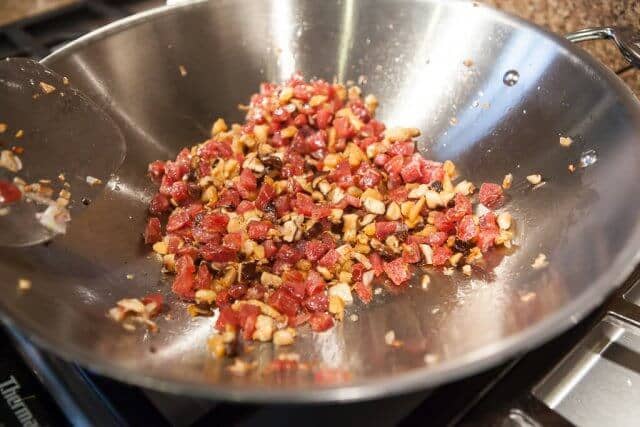 Add to the pressure cooker pot along with the rice: 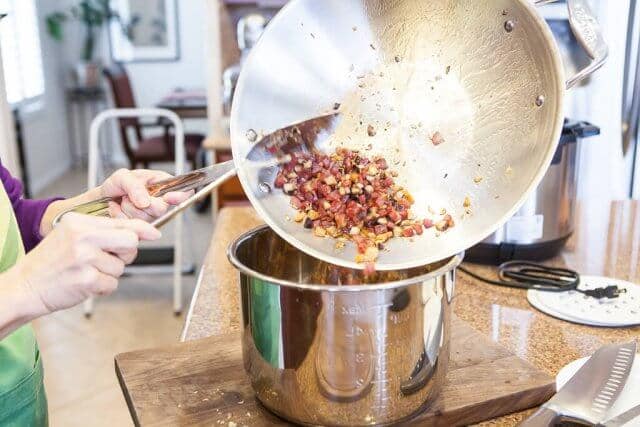 Add in liquid – you can use a combination of water, vegetable broth or chicken broth (more flavorful): 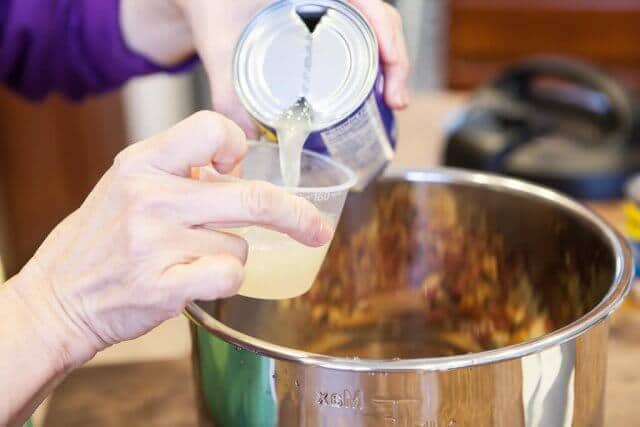 Set the pressure cooker to cook 30 minutes under pressure: 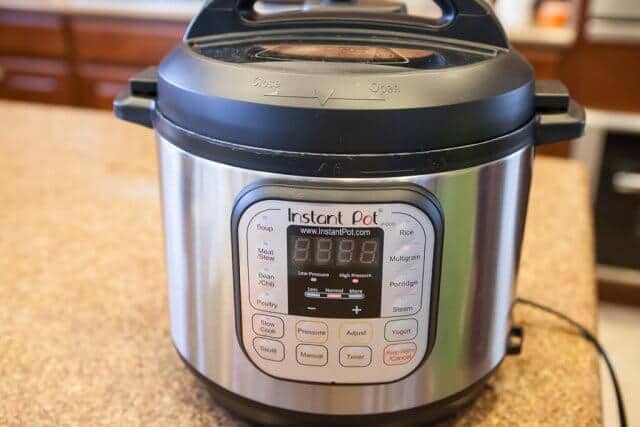 Then release the remaining pressure. I like to use tongs and a kitchen towel to direct the steam away from me. Be careful not to touch the hot steam. 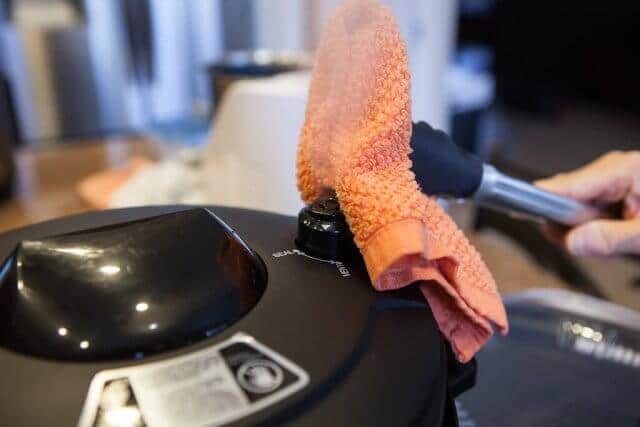 The full recipe is below, at the end.

Amazon’s price for the Chinese sausage is actually pretty good! I buy these packages at the local Asian market for $6.50 per pack. Below is a pack of 3.